Ahead of Akshay Kumar starrer Gold release, sports legends across the nation share their 'Feeling of Gold'

Bollywood actor Akshay Kumar whose patriotic flick Gold is all set to hit the theatres on Independence day has brought together the biggest sports legends in the nation to share their feeling of Gold. 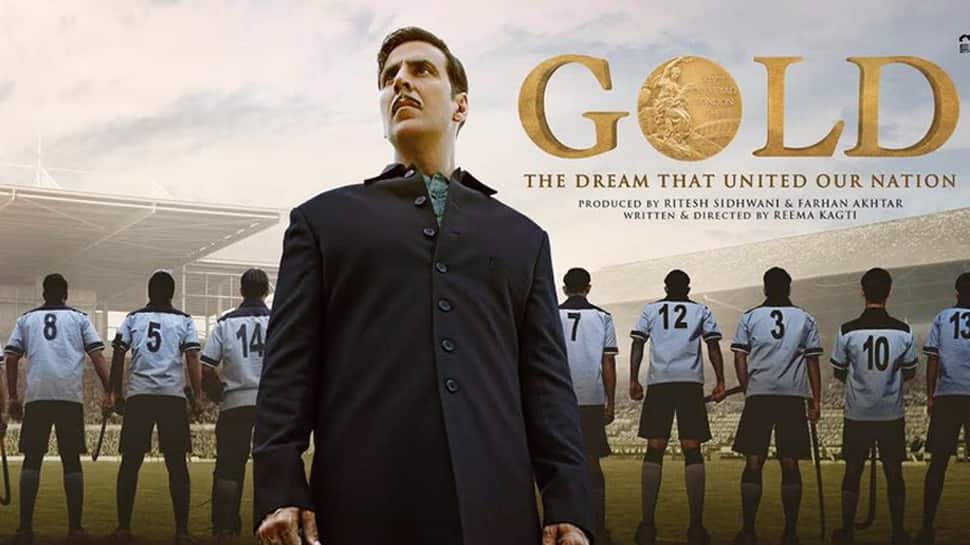 New Delhi: Bollywood actor Akshay Kumar, whose patriotic flick Gold is all set to hit the theatres on Independence day, has brought together the biggest sports legends in the nation to share their feeling of Gold.

Famous sports personalities in games like cricket, hockey, football, shooting, boxing, tennis, badminton amongst others have shared their feeling of Gold in the special video.

Incidentally Balbir Singh, who was one amongst the ones who formed the legendary team winning India's first Gold, also opened up about his experience. The hockey player shared, "After winning the gold medal, it felt like as our flag is flying high, I am soaring with it too."

Akshay Kumar who would be essaying the role of Tapan Das and also the driving force behind the victory of Gold shared the video saying, "Celebrate 70 years of free India's first Gold by knowing how it feels by the history makers themselves. #FeelingOfGold
@therealkapildev @16Sreejesh @chetrisunil11 @Abhinav_Bindra @boxervijender @MirzaSania @Pvsindhu1 #DeepakMalik #BalbirSingh @sachin_rt"

Sania Mirza replied to Akshay Kumar saying, "  @ritesh_sid @FarOutAkhtar #FeelingofGold Good luck to you all for the film"

The Akshay Kumar starrer which is slated for an Independence Day release is based on the life of a sportsman who was a part of the Hockey team that won the Olympic medal for India post independence for the first time at the Games of the XIV Olympiad, London in 1948.

The film has an ensemble cast that includes actors like Kunal K Kapoor (as Samrat), Vineet Singh (as Imtiaz), Sunny Kaushal (as Himmat Singh) and Amit Sadh (as Raghubir Pratap Singh).