The sexy dance number from film 'Mohra' had featured Akshay and Raveena and was sung by Udit Narayan and Alka Yagnik. 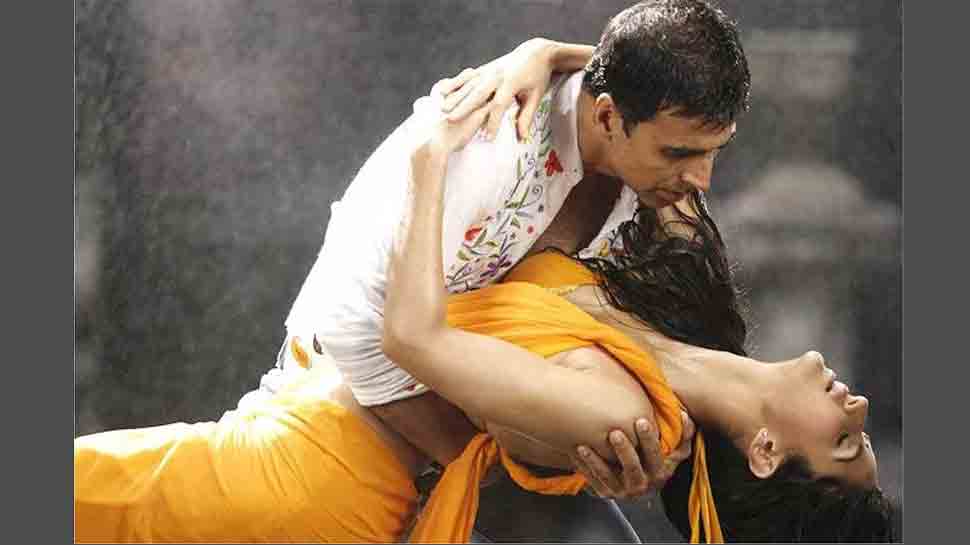 Akshay Kumar's upcoming film 'Sooryavanshi' in which he will be seen as a tough cop, has generated much a buzz ever since the film was first announced by Rohit Shetty. The film will be a complete package of entertainment and action and also brings back the hit Jodi of Akshay and Katrina Kaif after a gap of nine years. They were last seen together in 'Tees Maar Khan'.

And now, a new update from the film has got us excited. According to reports, Akshay and Katrina will recreate the popular rain song 'Tip Tip Barsa Pani' from 'Mohra' for 'Sooryavanshi'.

The sexy dance number from film 'Mohra' had featured Akshay and Raveena and was sung by Udit Narayan and Alka Yagnik. The song shows Ranveer dancing seductively in a yellow saree on a rainy night with Akshay, who played a cop in the film.

Akshay and Katrina will be seen in sensuous avatar in the song. A TOI report said that the song is most likely to be shot next week at Ramoji Film studio in Hyderabad where the team is shooting the third schedule of the film.

Well, if you remember Akshay and Katrina have performed on a sizzling rain dance before in 'Gale Lag Ja' song from the film 'De Dana Dan'. And there also, the leggy lass had donned a sexy yellow chiffon saree, giving us strong reminiscence of Raveena's look from 'Tip Tip' song.

Speaking of the film, 'Sooryavanshi' is produced by Rohit Shetty and Karan Johar under their banner of Rohit Shetty Picturez and Dharma Productions respectively, in association with Reliance Entertainment and Cape Of Good Films.

It is the costliest cop film ever made in Indian cinema history.

Akshay will be playing DCP Veer Sooryavanshi, Chief of the Anti-Terrorism Squad.

The soundtrack for Sooryavanshi will be reportedly composed by Himesh Reshammiya, who will compose for Kumar after nearly 8 years, since 'Khiladi 786'.

Sapna Choudhary officially joins Twitter - Here are all the details