A picture is doing rounds on the internet in which Alia Bhatt can be seen hugging beau Ranbir Kapoor at Akanksha Ranjan's party. 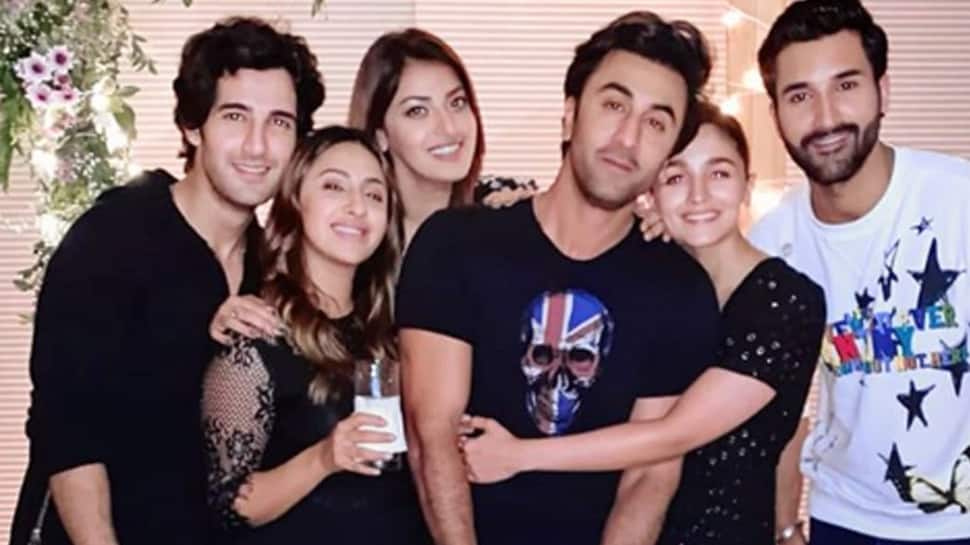 New Delhi: Bollywood's 'It' couple, Alia Bhatt and Ranbir Kapoor are going strong each day and nothing excites fans more than their pics together! Be it stepping out for a movie date or making a grand entry at an event, pics of 'Raila' often create ripples on social media.

Yet again, 'Raila' is breaking the internet with another viral pic which is from Alia's BFF, Akanksha Ranjan's birthday bash.

In the viral pic, Alia holds on to her beau tightly while posing. Netizens are already swooning over the picture and we're sure it will make you smile!

Check out the pic here, as shared by a fan club on Instagram:

On the work front, Alia and Ranbir will be seen together in Ayan Mukerji's 'Brahmastra' which happens to be the first part of a fantasy trilogy.

Produced by Karan Johar, the film is slated to hit the screens in 2020.

Guru Randhawa to make his debut at Milan Fashion Week