Alia was recently snapped in traditional attire at Kromakay salon in Juhu.

New Delhi: The beautiful and highly talented Alia Bhatt has been making a lot of headlines these days, primarily because of her upcoming films. After the success of her latest release 'Gully Boy', Alia is now gearing up for 'Kalank' which will hit the screens on April 17, 2019. The film is one of the biggest releases of this year and also stars Madhuri Dixit, Sonakshi Sinha, Sanjay Dutt, Aditya Roy Kapur and Varun Dhawan in lead roles. The promotions of the film are going on in full swing and fans can't wait to see their favourite stars on silver screens.

Alia was recently snapped in traditional attire at Kromakay salon in Juhu. The actress looked breezy as she smiled at the paps and was seen sans make-up. 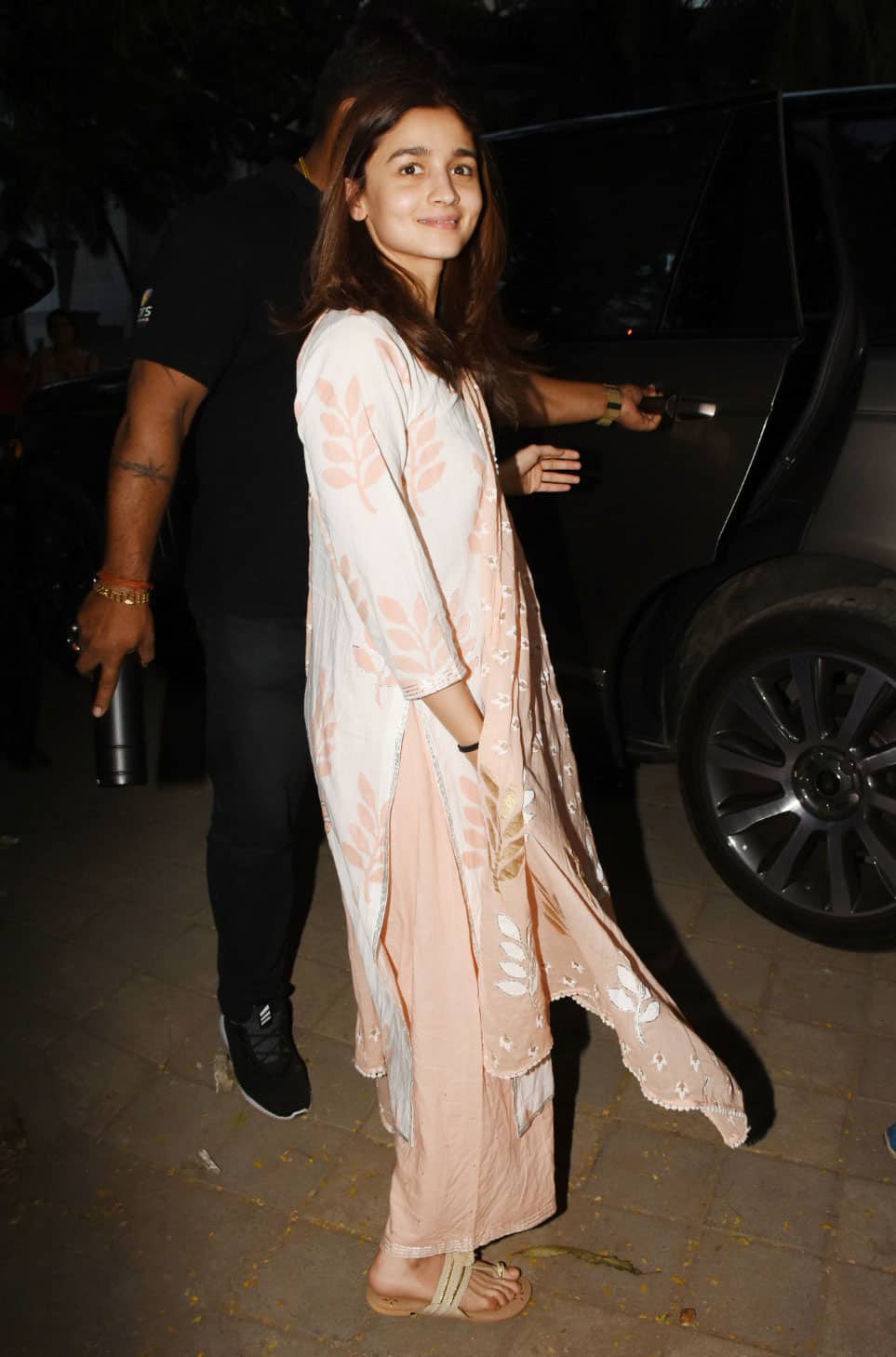 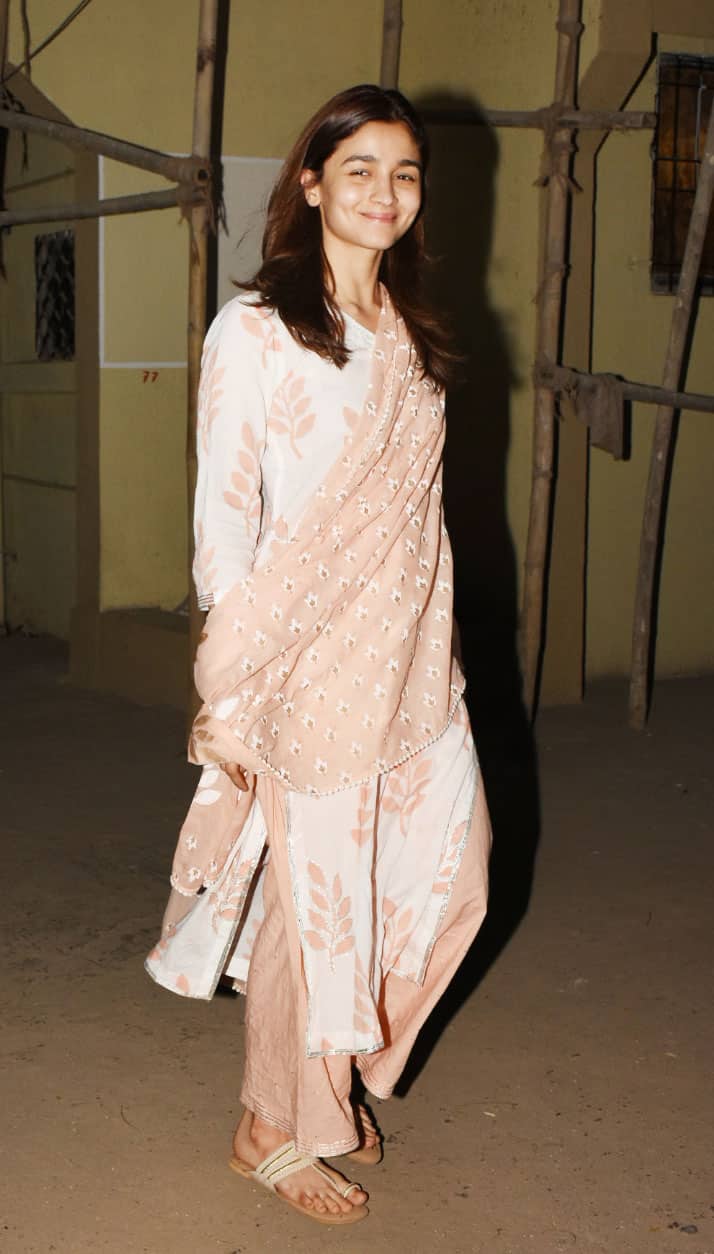 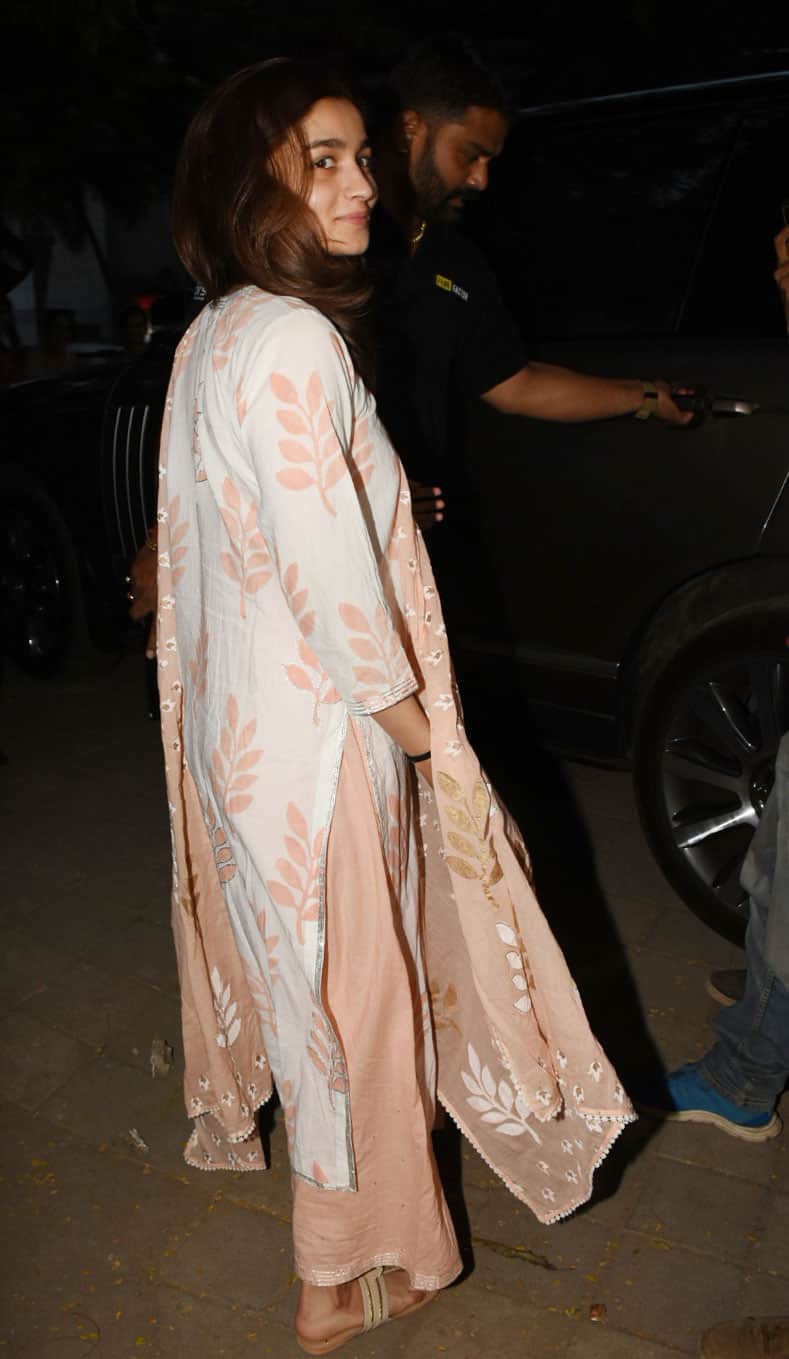 Apart from 'Kalank', Alia will also share screen space with her beau Ranbir Kapoor in 'Brahmastra'. The film also stars megastar Amitabh Bachchan and is helmed by Ayan Mukerji. Alia's character in the film is named Isha while Ranbir's character is named Shiva. The logo of the film was unveiled a couple of days back in a grand way with drones lighting up the sky.

'Brahmastra' is going to hit the silver screens in December this year.

The stunning actress is also a part of Karan Johar's 'Takht' which is slated for a 2020 release. The ambitious period-drama has a stellar cast with Ranveer Singh, Kareena Kapoor Khan, Janhvi Kapoor, Vicky Kaushal, Anil Kapoor and Bhumi Pednekar.

With such interesting projects up her sleeve, we can't wait for the actress to set the screens ablaze with her performance!