The couple had reportedly unfollowed each other on Instagram, thus prompting their fans to speculate about the status of their wedding.

New Delhi: It was only last month that Sushmita Sen's brother Rajeev Sen married television actress Charu Asopa in a grand ceremony in Goa. The wedding was the talk of the town, and Sushmita went on a photo-sharing spree giving glimpses of all the happy moments from the event to her followers on Instagram. Her dance performance on 'Sangeet' had left everyone gasping for breath.

However, it seems that the newlyweds hit a rough patch merely within two months of their wedding.

It so happened after the two apparently unfollowed each other on social media and even more so as they changed their couple profile pictures to solo ones. The change caught the attention of many social media users who asked the couple if everything was fine in their marital bliss.

Some of the fans comment on Charu's latest solo profile picture, asking if the couple had a fight. They also informed her that Rajeev has been blocking those who have been asking him about trouble in his married life. The actress, though, chose not to reply to any comments. 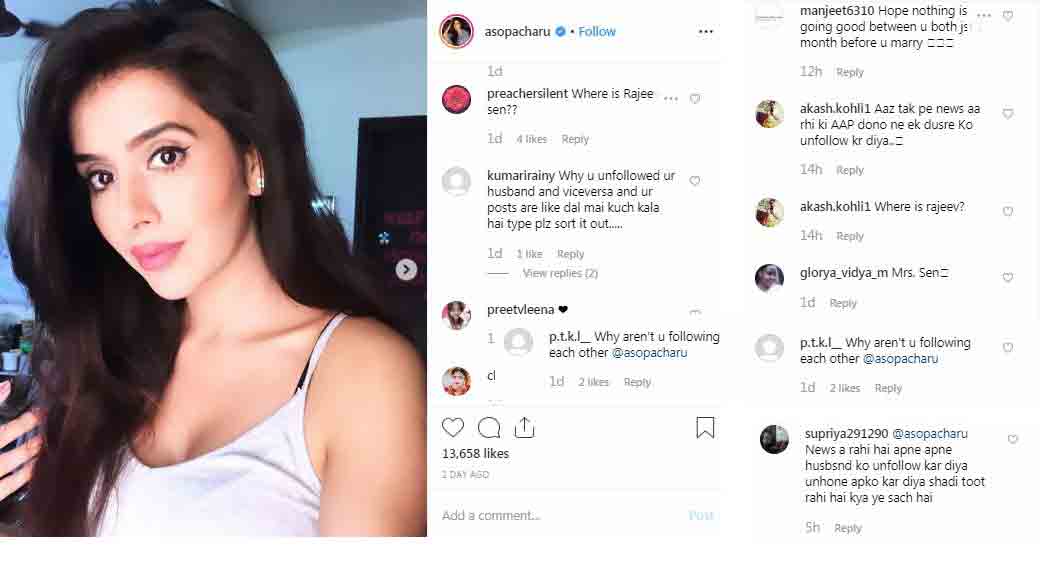 However, after a while, things appeared to have been sorted out as Rajeev took to his Instagram account to share a picture with Charu, from their dinner date. Looking at the caption, the couple were apparently in the national capital and had gone for a date night.

He captioned the picture as, "Our first delhi dinner date  #aboutlastnight #rajakibittu". 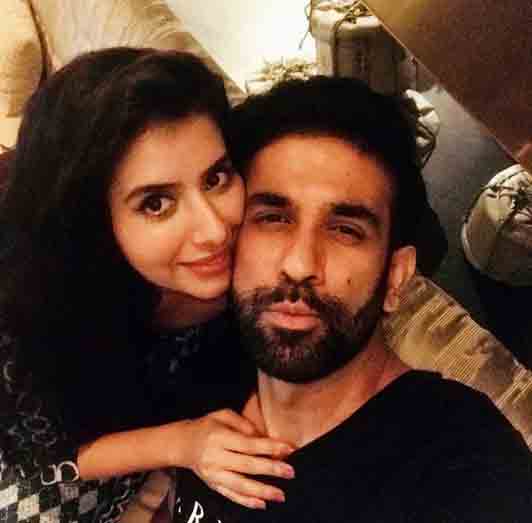 The newlyweds were also back to following each other on Instagram again.

Rajeev and Charu tied the knot in the presence of their family members in Goa on June 16. The wedding was attended by close family and friends, including Sushmita Sen, her two daughters and her boyfriend Rohman Shawl. Pictures from the wedding were all over the internet.

The two had met each other through a common friend after which love blossomed between them.

While Rajeev is a model, Charu is a renowned actress and known for television shows like 'Agle Janam Mohe Bitiya Hi Kijo' and 'Mere Angne Mein'.