On the occasion of Karwa Chauth on Thursday, megastar Amitabh Bachchan shared an unseen photograph of his wife and actress Jaya Bachchan, cropping his own picture from the frame. 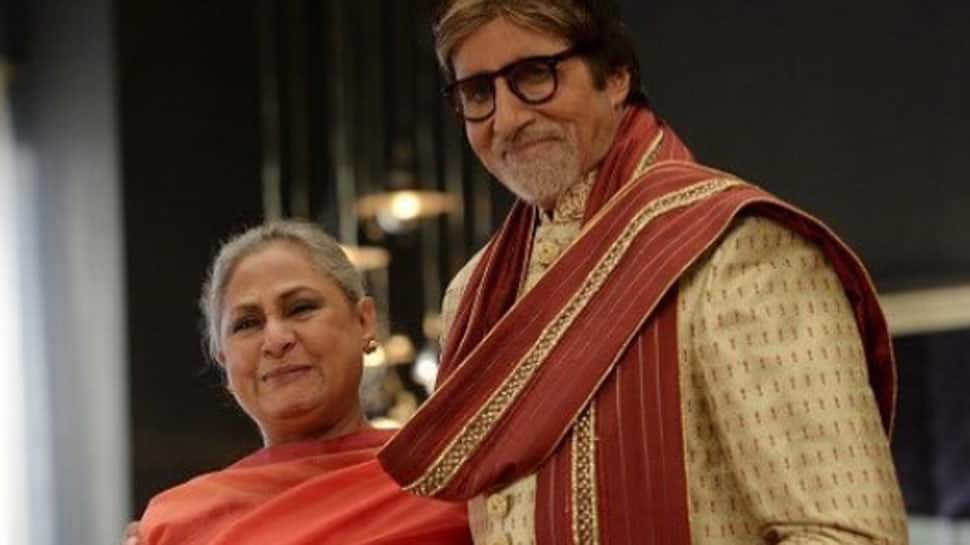 Mumbai: On the occasion of Karwa Chauth on Thursday, megastar Amitabh Bachchan shared an unseen photograph of his wife and actress Jaya Bachchan, cropping his own picture from the frame.

"the better half .. !! quite obviously the other half is irrelevant .. and therefore unseen," he captioned the image.

T 3520 - .. the better half .. !!
quite obviously the other half is irrelevant .. and therefore unseen pic.twitter.com/0Fivuw5cwY

In the black-and-white image, Jaya Bachchan is looking beautiful with a small bindi on her forehead and is seen smiling while leaning on Big B's shoulder.

The star couple got married in 1973. They completed 46 years of marriage in June this year.

On his wedding anniversary, Big B penned a heartfelt note on his blog, revealing how he married Jaya in 1973.

"I lived on the 7th Road of this society in a rented house. Marriage had been decided among us, nothing to be exaggerated or celebrated with any aplomb...Just the two families and done. Off to London, my first trip ever and hers too," the cine icon wrote.

Amitabh shared that he along with his friends, including Jaya, wanted to go on a vacation to London to celebrate the success of the film "Zanjeer", but his father -- late Harivansh Rai Bachchan -- told him he could go only after the two got married.

"Then pandit and family informed. Next day all set. Flight at night, marriage to finish before the flight," Bachchan recalled.

Going back to his wedding day, Bachchan wrote that he dressed up in formal Indian wear, got into his car and wished to drive to Malabar Hill where her friends lived and where the ceremony was to be done.

"My driver Nagesh pushes me out and insists he would drive me to the wedding... the substitute for the traditional horse."

While they were all set at Mangal, the name of the house on rent, it began to drizzle. "The rain is a good omen. Off I went, wedding over in a few hours. Done. Mr and Mrs proclaimed. Over," the "Pink" actor wrote.

The couple, who has worked together in films like "Sholay", "Mili", "Guddi" and "Silsila", has two children- Abhishek and Shweta.