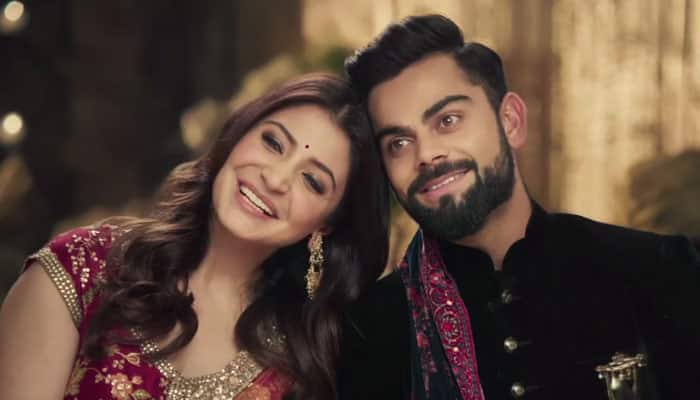 From sharing pictures on Instagram to revealing Anushka's nick name, Virat has left no stone unturned in confessing his love for the gorgeous Bollywood actress. However, Anushka continues to remain silent and we wonder why!

In a recent ad however, Anushka and Virat are setting some serious couple goals and have given their fans another reason to smile.

The ad is for the ethnic wear brand Manyavar and shows the duo wondering about the wedding vows, of the new era!

Here's the ad that looks straight out of a fairytale:

Well, we aren't getting over the cuteness of this ad anytime soon! This isn't the first time that Virat and Anushka have come together in an ad. The previous one was an ad for clear shampoo where the duo was seen dancing together.