The couple, who recently jetted off to a romantic holiday, is celebrating the 'Ishaqzaade' actor's birthday in New York.

New Delhi: Actor Arjun Kapoor turned 34 on Wednesday and the 'Namastey England' actor is enjoying his day with his ladylove Malaika Arora in New York. The couple zoomed off for the romantic gateway.

On Wednesday morning, the actor took to his Instagram page and shared a picture story wishing him a Happy Birthday. The 'Ishaqzaade' actor shared a picture from his hotel room which gives a look of the entire New York city. 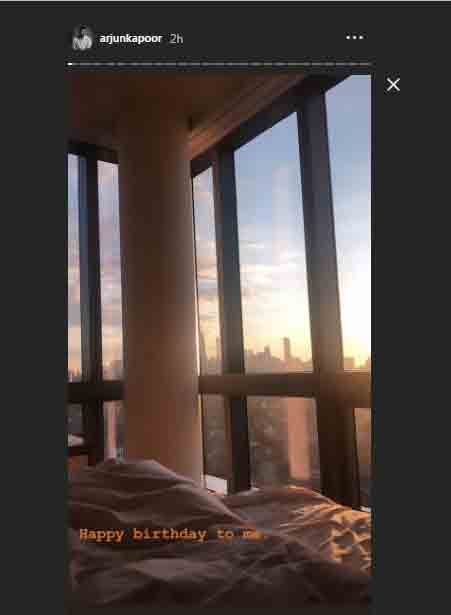 Malaika too took to her Instagram to share a sneak peek from her vacay. She shared a breathtaking view of the city from the hotel bathroom and captioned it, "Up n UP..." She shared another picture where she was seen enjoying some of her favourite delicacies. "My kinda dinner...", she wrote. 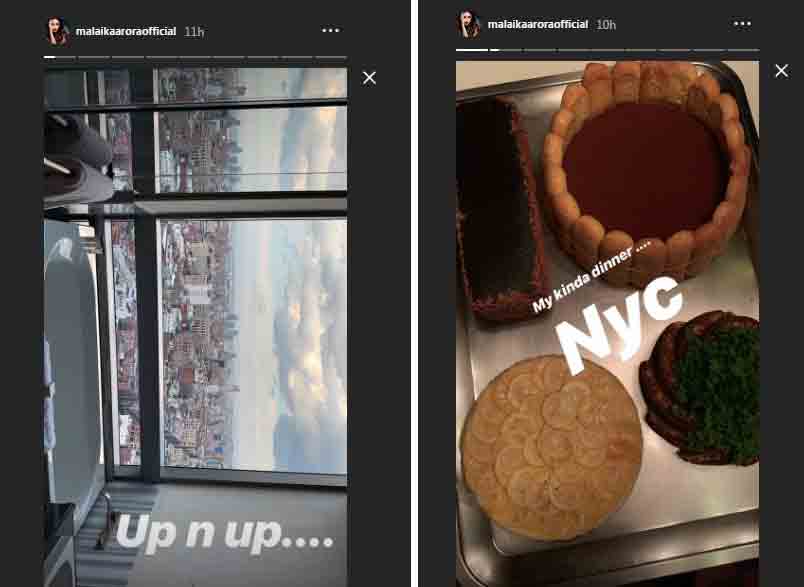 Malla and Arjun's impending wedding is another rumour that has been floating around for quite some time now. But the actor has always maintained that whenever such a big thing happens, he will share it with everyone.

Their Milan vacay pictures sort of confirmed them about being a couple.

Arjun opened up about his relationship with Malaika during an interview with Filmfare. The actor said that he doesn't want people to think that they are still hiding. "We’ve come out because we feel the media has given us dignity. There’s a certain understanding the media has... they’ve been respectful, kind, honest and decent about it. That is why I felt comfortable. You recoil when there’s a certain ‘gandhagi’ that comes with the territory. When purposely people irk you by saying, writing or asking things... there hasn’t been any of that," he said.

On the work front, Arjun is busy shooting for Ashutosh Gowariker's period drama 'Panipat' alongside Sanjay Dutt and Kriti Sanon. The actor shaved his head and has been sporting a moustache for his role in the film. Arjun was last seen in 'India's Most Wanted' which didn't fare well on the Box Office.