New Delhi: South superstar Vijay Deverakonda, who swooned the audiences with his powerful act in 'Arjun Reddy' and Kiara Advani, who played Preet in the Hindi remake 'Kabir Singh' opposite Shahid Kapoor were recently clicked together.

Yes! Vijay and Kiara were spotted together along with maverick filmmaker Karan Johar at ace designer Manish Malhotra's residence in Bandra.

The trio happily posed for pictures setting rumour mills ablaze with the latest goss. According to reports, there is a strong possibility of Kjo and Vijay working in a project together. 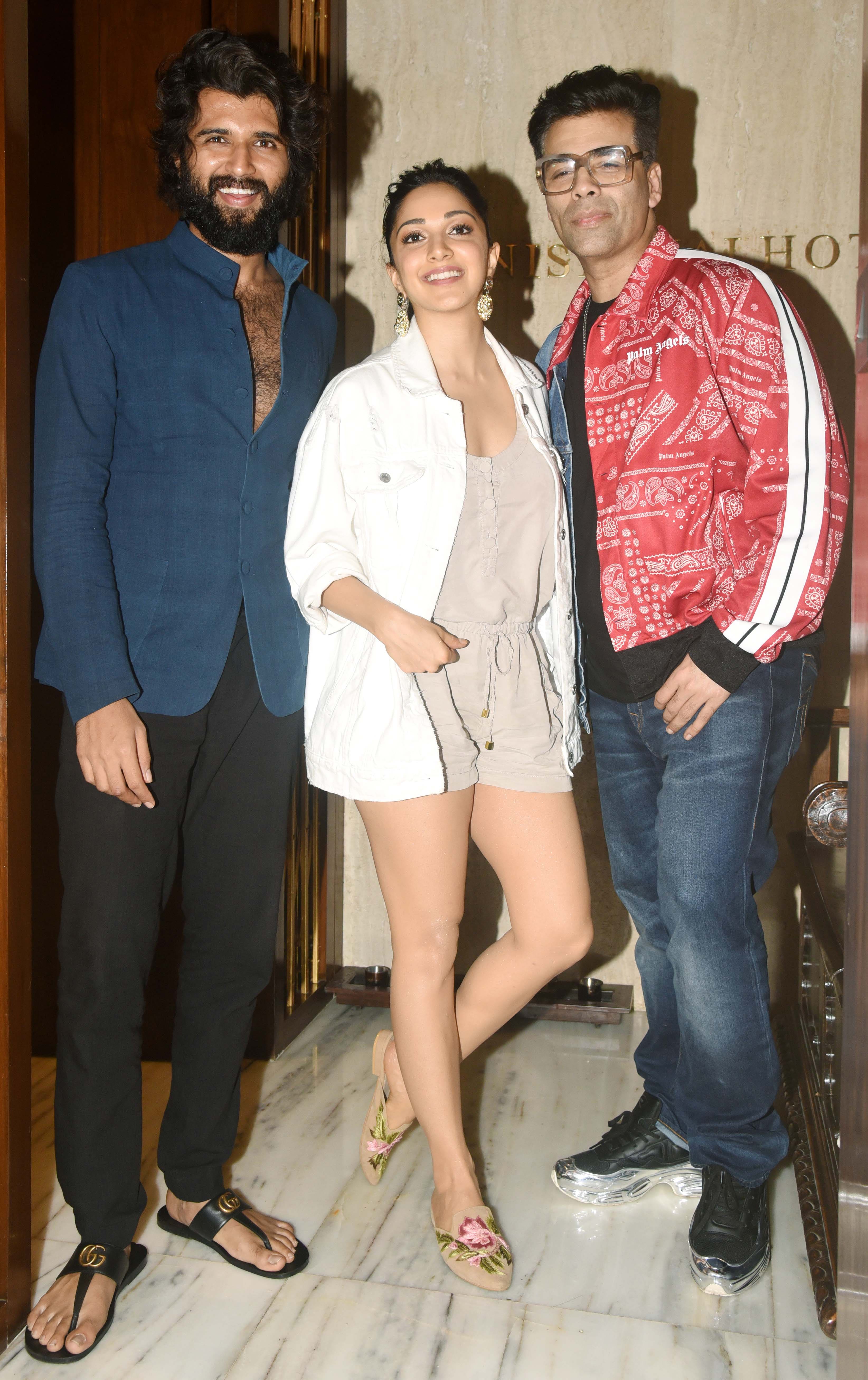 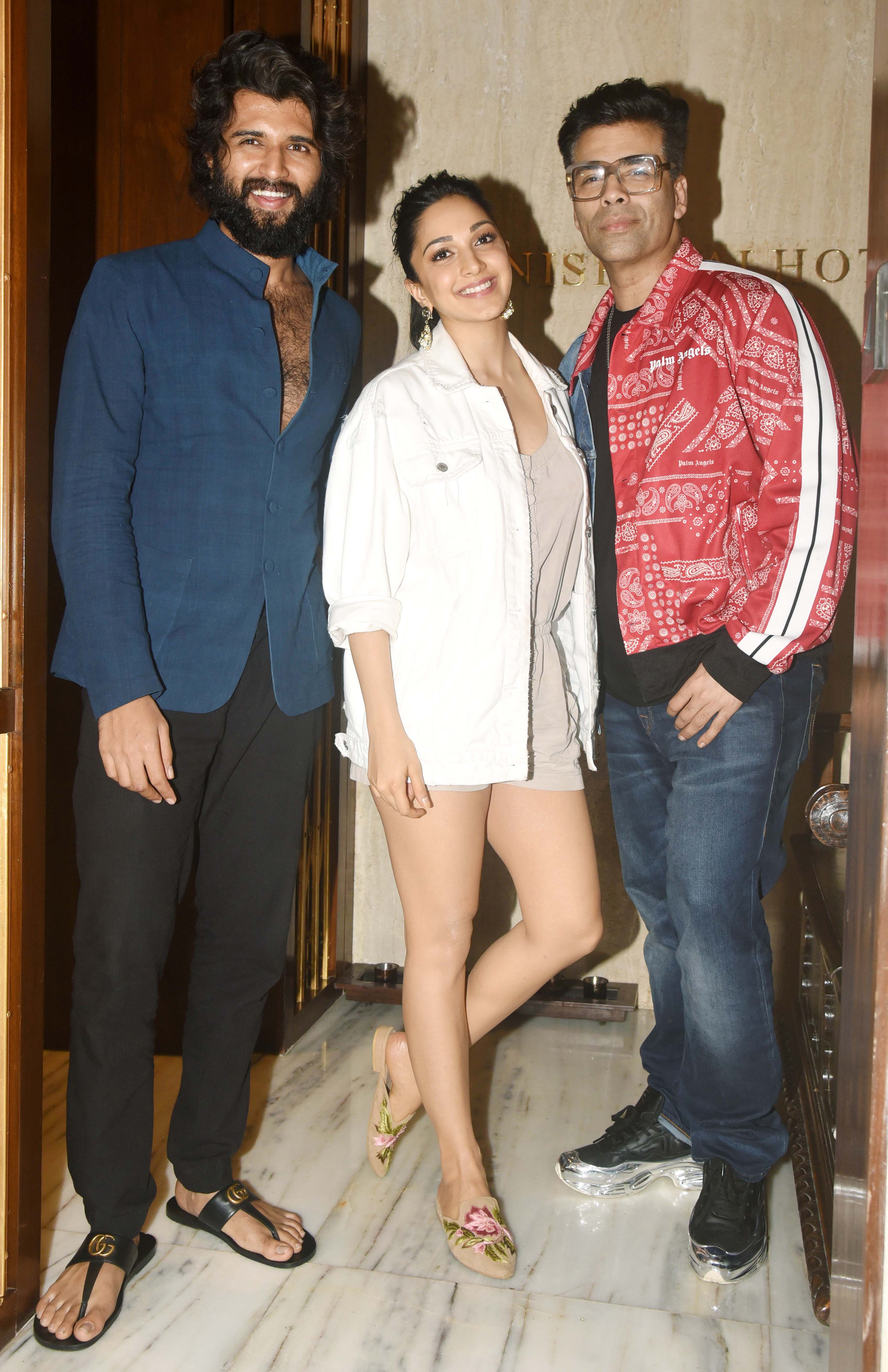 Although nothing has been officially said yet this meeting is hinting at a possible collaboration between the two.

Meanwhile, Kiara is already working with Dharma Productions in Netflix Original film titled 'Guilty'. It marks the digital debut of Dharmatic—a digital offshoot of Dharma Productions. She will reportedly be seen playing a rockstar in it and her first look did create a flutter in the online world.

It will be directed by Ruchi Narain and produced by Apoorva Mehta.