Just as India's World Cup 2019 high hopes fell flat, social media was up with several memes and jokes. However, in this moment of sorrow, Bollywood fraternity backed the players and showered immense love on the Men In Blue. 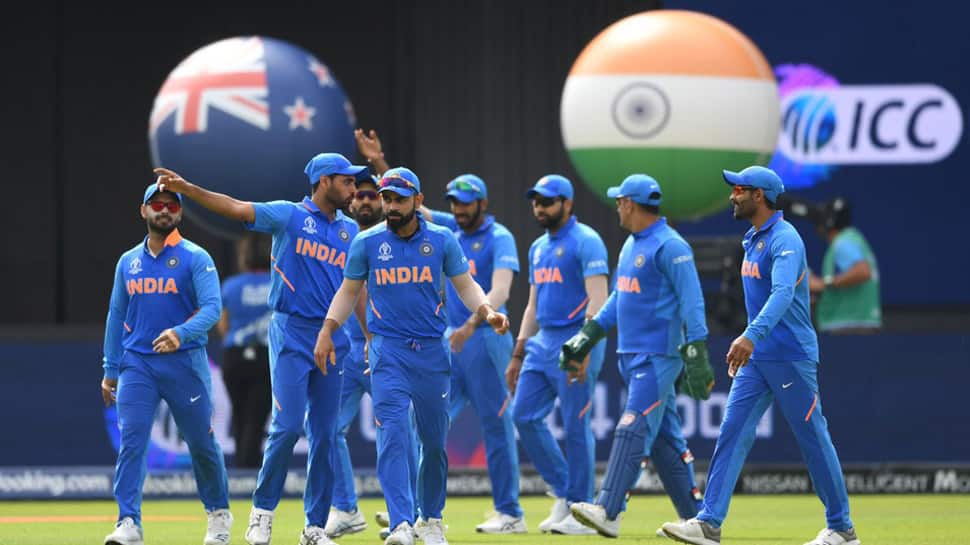 New Delhi: Team India's dream of lifting the World Cup 2019 trophy came crashing down in a nerve-wracking semi-final match against New Zealand on Wednesday. India lost the match by 18 runs against the Black Caps leaving an ocean of fans and supporters dejected. New Zealand scored 239/8 in 50 overs.

Just as India's World Cup 2019 high hopes fell flat, social media was up with several memes and jokes. However, in this moment of sorrow, Bollywood fraternity backed the players and showered immense love on the Men In Blue.

Wish we had won we lost by 2cms today when Dhoni got run out. Team India played well in the tournament. Proud of their commitment. Congratulations NewZealand. Great fielding and bowling.

I hate to sound like an old school uncle( trollers will say aunt but it’s not about me) whn I say ..”nazar lag gayee..”the boys fought valiantly and had a great run! We must applaud their incredible journey..not just focus on the destination! #ICCCWC2019 @imVkohli and team INDIA

So so so proud of you #TeamIndia ...what a match it was...got excited and shouted like a kid after so many years... much much love

Respect and thank you team india for giving us everything. #NZvsIND

Hard luck team india .. played a very spirited game through the tournament the wicket of Dhoni and his walk back just broke my heart #INDvsNZ proud nonetheless  pic.twitter.com/iGCPhIhLEU

#teamindia all the best for the future challenges. We are proud of you. Today was just #onebadday ! @msdhoni you and @imjadeja were so good #CricketWorldCup2019

Now, Australia and England will have a semi-final face-off on June 11, 2019. The winning team will play the World Cup final match against New Zealand on July 14.