Actress Sonam K. Ahuja took to Twitter to ask if Mumbai airport was open. Among those who responded was Rakul Preet. 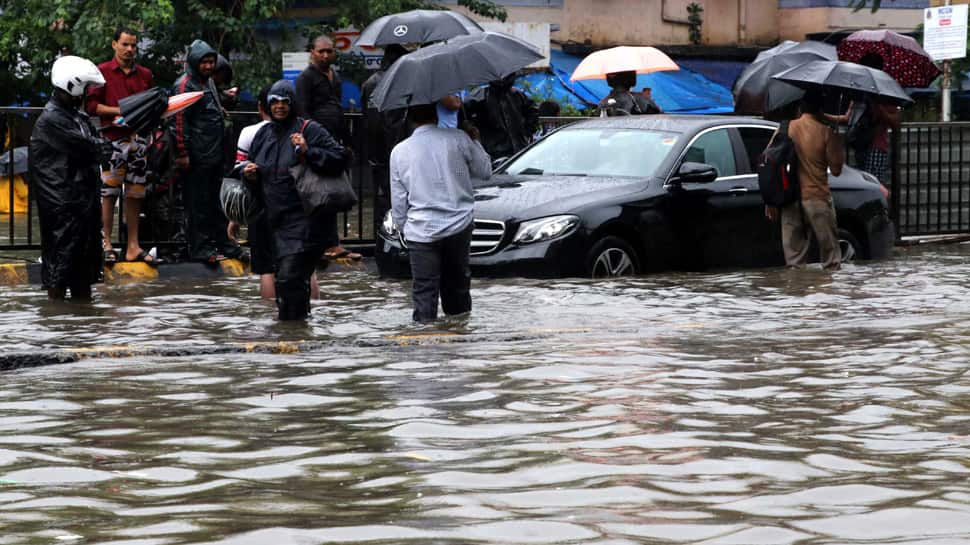 Mumbai: Akshay Kumar and Twinkle Khanna were set for a family vacation. Randeep Hooda was travelling to Mumbai with his uncles who were coming there for the first time. Kriti Sanon was returning to Mumbai from Delhi after a work trip. But the rain played spoilsport for them all.

The deluge in Mumbai left a slew of film celebrities to deal with traffic snarls and airplane route diversions, while some of them prayed for everyone's safety.

Actress Sonam K. Ahuja took to Twitter to ask if Mumbai airport was open. Among those who responded was Rakul Preet.

"No flights have taken off since last night... I'm stuck at the airport," Rakul tweeted on Tuesday.

Another actress to face the rain pain was Kriti.

According to a source close to the actress, Kriti was in Delhi for a shoot.

"She had to return to Mumbai last night (on Monday) but her flight got cancelled and got diverted to Ahmedabad. She even had to wait in the aircraft for four hours before getting a stay from airport authorities there," the source told IANS.

Airport woes is also something faced by Twinkle, Akshay and their daughter Nitara.

"The captain was better off commandeering a ship than an aircraft last night, planes skidding, runways flooded and we all sailed back home #DisableAirplaneMode," Twinkle tweeted in her 'Mrs Funnybones' style, as they had to return home instead of flying out for a vacation.

Actor Randeep Hooda had a rather emotional story.

But in another social media update, he wrote: "Flight from Delhi to Mumbai diverted to Nagpur. Sitting in the plane with nowhere to go... a first time for such a strange night, and I have first-timers travelling with me. Turning out to be quite an adventure, a very inconvenient ride for sure."

Ultimately, the Hooda boys never made it Mumbai, but Randeep saw a silver lining.

"Diversion to Nagpur, so when in Nagpur one must head to Tadoba Andhari Tiger Reserve Buffer Zone. The trip to Bombay has become a trip to the greater Maharashtra region. Look for the best in every situation."

"Three hours in traffic and still an hour away from destination. And after 54 minutes, I am still one hour away... Google Maps fail when it comes to evaluating time in Mumbai traffic. I think their time clocks are built for American traffic jams," he quipped.

Megastar Amitabh Bachchan lightened up the mood for Mumbaikars with a meme, taking a dig at the pain caused by the rain.

The meme featured a snapshot from the video of the popular song "Do lafzon ki hai dil ki kahani", featuring Amitabh and Zeenat Aman as they took a boat ride.

Big B found the picture fit to the situation in Mumbai, where the roads are clogged with water as rain continued to disrupt normal life for the fourth consecutive day.

Meanwhile, Alia Bhatt, Rahul Dholakia, Nila Madhab Panda and Pooja Bhatt were among the celebrities who urged people to be safe in the rain.

Dholakia wrote: "Be safe, go to work. Spirit of Bombay! Or have Garam bhajiya and chai at home (also spirit of Mumbai)."

Pooja Bhatt tweeted: "Be safe Mumbai! I am privileged to be far away from the deluge and in Gulmarg as I type, so pardon me for wanting to return to my ringside view of paradise on earth! #Kashmir."

How Sidharth Malhotra disturbed his granny by playing cricket