Rangoli reportedly posted what is being considered as hate tweets aimed at a community from her Twitter account which prompted its suspension. 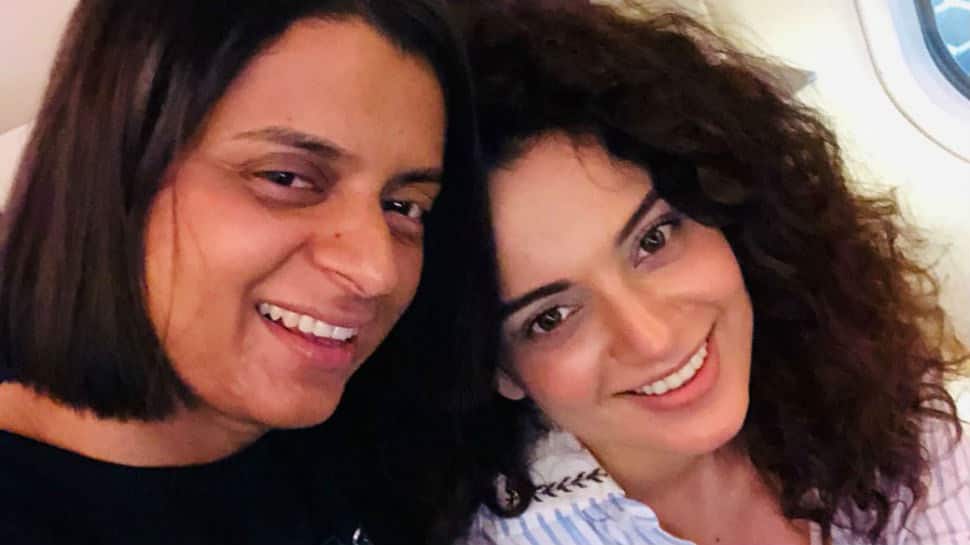 New Delhi: Actor Kangana Ranaut on Saturday through a video message, addressed the ongoing controversy around her sister and manager Rangoli Chandel`s tweet and said that the claims pushed against her are false.

In the video shared by Team Kangana Ranaut on Instagram, the 33-year-old clarified that the allegations against her sister Rangoli made by Sussanne Khan`s sister Farah Khan Ali and director Reema Kagti are completely false.

"If you come across anything offensive, then Rangoli and I would come forward to apologise," the `Queen` actor said.

She also made an appeal to the Centre to find a way to `completely demolish` such social media platforms like Twitter where freedom of speech is inhibited by others.

According to the policy of the micro-blogging site, tweets that propagate or incite violence, hatred, terrorism, abuse or harassment are subjected to be reported following which Twitter account of the user gets suspended.