The Bollywood actress Jacqueline Fernandez was trying to go to Dubai when she was stopped at Mumbai airport. 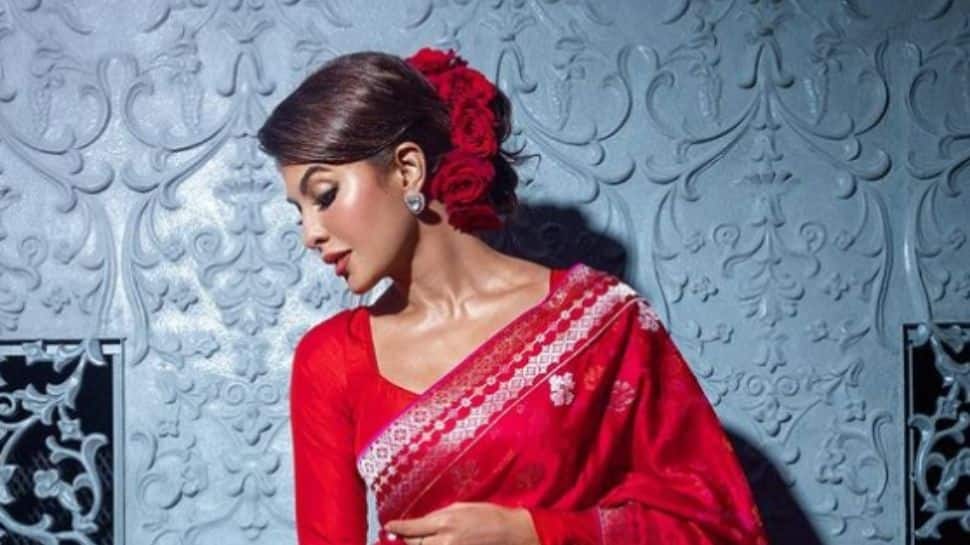 New Delhi: Bollywood actress Jacquline Fernandez was stopped at Mumbai airport from leaving the country on Sunday (December 5) amid an investigation in a Rs 200 cr extortion case for which she had been summoned by Enforcement Directorate earlier.

According to our sources, the actress was flying to Dubai when she was detained at Mumbai airport. ED has issued a lookout notice against Jacqueline.

The 'Bhoot Police' actress has been romantically associated with conman Sukesh Chandrasekhar who is accused of a Rs 200 cr extortion case. Questions about their relationship rose when loved-up pictures of the duo surfaced on social media.

For the unversed, Sukesh and his actor wife Leena Maria Paul are allegedly connected to Rs 200 crore money laundering case which is under investigation by the Enforcement Directorate.

He has also allegedly tried to extort money from politicians and celebrities.

In a recent update, it was reported that Jacqueline Fernandez received gifts worth a whopping INR 10 crore from multi-millionaire conman Sukesh Chandrashekhar. The gifts included INR 52 lakh rupees horse and four Persian cats with each costing INR 9 lakh, among other gifts.

Enforcement Directorate (ED) has filed a charge sheet against Sukesh, his wife actress Leena Maria Paul and six others in an INR 200 crore money laundering case.

“As per the charge sheet, Sukesh and Jacqueline have been talking to each other since January 2021. Sukesh used to speak to Jacqueline over his mobile phone even while he was in jail,” claims a report in India Today.

It further listed expensive gifts received by Jacky from the conman and also claimed that he also sent money to the actress's siblings.

Not part of Bollywood camps: Kartik Aaryan refuses to comment on 'Dostana 2' exit