Raj Kundra was arrested on July 19 in connection with a case on alleged production and distribution of pornographic content. 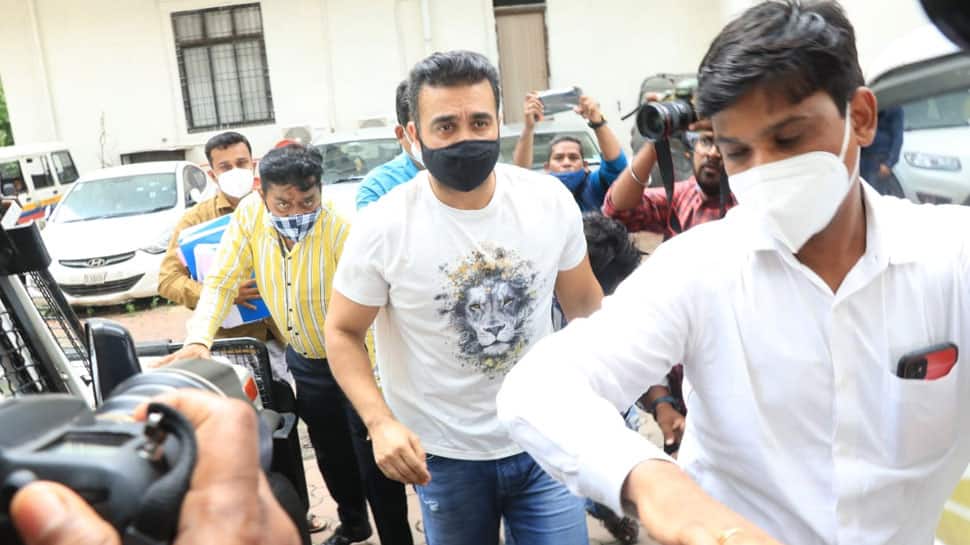 New Delhi: Businessman Raj Kundra has been sent to 14-day judicial custody by a Mumbai court in a pornography case on Tuesday. He was arrested on July 19 in connection with a case on alleged production and distribution of pornographic content. Kundra's police remand ended today.

A few days back, actress Shilpa Shetty's statement was recorded and a search was conducted at their residence by the Mumbai Crime Branch officials.

Kundra, 45, was arrested by the police on July 19 along with 11 other people on charges related to the alleged creation of pornographic films. The Crime Branch has appointed a financial auditor to probe the money trail of Raj Kundra and Shilpa Shetty and their alleged involvement in the pornography racket case, as per ANI report.

The Crime Branch suspects that the earnings from `Hotshots` and `Bolly Fame` app used to come into this account," said the sources. They added that police is also probing whether money earned from the apps was being invested in bitcoins.

Earlier on Sunday, police had informed that four employees of Kundra have turned witnesses against him in the pornography racket case, increasing troubles for him. Kundra has been named as the key conspirator by the Mumbai Police which has slapped charges against him under Sections 420 (cheating), 34 (common intention), 292 and 293 (related to obscene and indecent advertisements and displays) of the Indian Penal Code (IPC) besides relevant sections of the IT Act and the Indecent Representation of Women (Prohibition) Act.