Veteran actor Dilip Kumar, who was admitted to a hospital on Sunday, is currently stable. 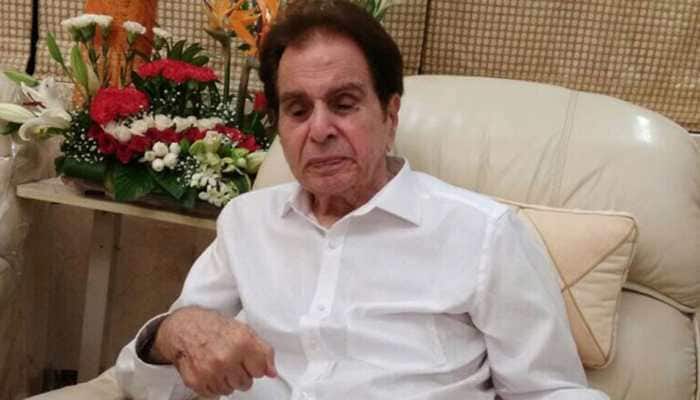 Mumbai: Veteran actor Dilip Kumar, who was admitted to a hospital on Sunday, is currently stable.

The 95-year-old actor, who was being treated for recurrent pneumonia at Lilavati Hospital, was feeling better now.

"He (Dilip Kumar) is stable now. There is nothing to worry about," Ajay Kumar, Vice President, Lilavati Hospital, told PTI.

When reached out, Kumar's wife, yesteryear actor Saira Banu was unavailable for comment.

"Want to inform you @TheDilipKumar has been admitted to hospital last night. He's being treated for recurrent pneumonia. Praying... Will keep you updated on twitter. --FF (@faisalMouthshut)" the tweet read.

Last month, the actor was admitted to hospital for the treatment of mild pneumonia.

Known as the 'Tragedy King of Bollywood', Dilip Kumar has given memorable performances in films such as "Andaz", 'Aan', 'Madhumati', 'Devdas' and 'Mughal-e-Azam'.

'Fantastic Beasts: The Crimes of Grindelwald' to be out in India in November