Disha is one fitness enthusiast celeb, who regularly works out with her trainer at the gym much like her rumoured boyfriend Tiger Shroff. 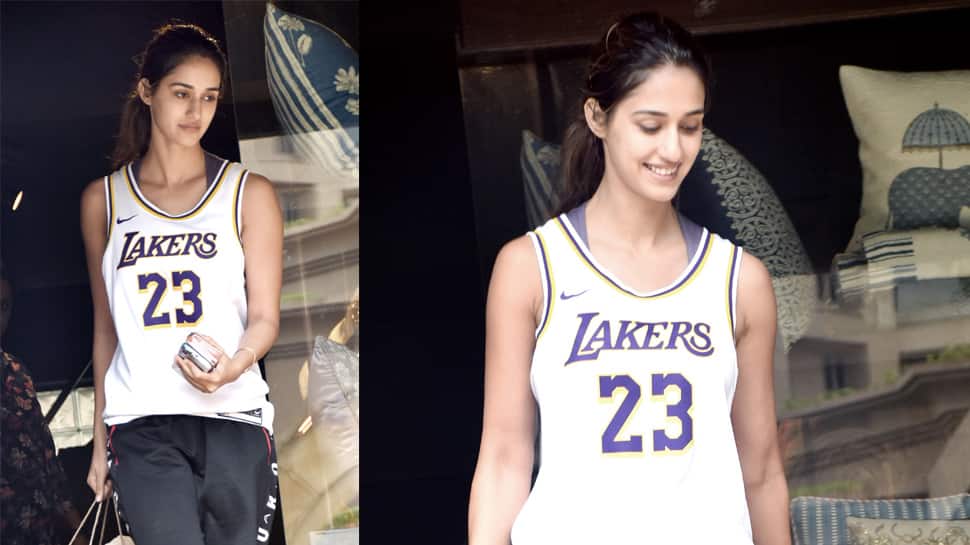 New Delhi: The stunner of an actress who enjoys an ocean of fanbase on social media, Disha Patani is a head-turner in every sense of the word. The star, who was last seen opposite superstar Salman Khan in 'Bharat' has a few plum deals in her kitty.

Disha is one fitness enthusiast celeb, who regularly works out with her trainer at the gym much like her rumoured boyfriend Tiger Shroff. She was recently spotted shopping in Juhu, Mumbai and that too her sporty avatar.

The actress was seen in her white sleeveless Lakers jersey and sporty black shorts. She wore Puma sandals for her casual shopping outing. And we really wanna know what's in that huge paper bag.

It's her personal life which quite often grabs the headlines. There is a strong rumour that she is dating her 'Baaghi 2' co-star Tiger Shroff but the two maintain that they are simply 'good friends'.

Well, haven't we heard that before?

Hmm...coming back to Disha, she is busy this year with 'Malang' co-starring Aditya Roy Kapur. The film is being directed by Mohit Suri and is a romantic thriller. The movie also stars Anil Kapoor and Kunal Kemmu.

It is produced by Bhushan Kumar, Krishan Kumar, Luv Ranjan and Ankur Garg. The release date has not been locked as yet but is scheduled to hit the screens in 2020.