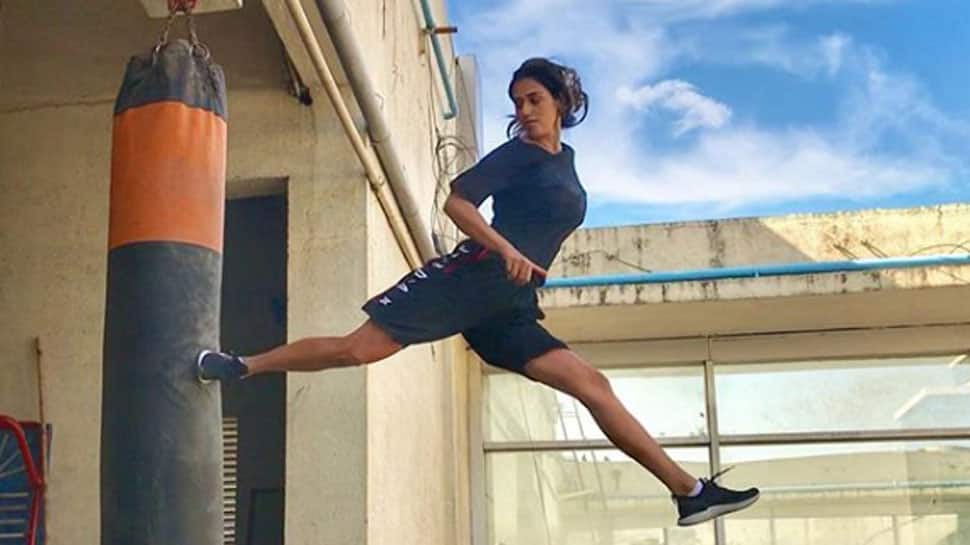 New Delhi: Talented generation next actress Disha Patani is a fitness enthusiast and is known for her intense work out sessions. She often shares her gym video and trains under proper supervision of a professional trainer.

Recently, she posted a video of her performing the butterly kick and it looks jaw-dropping. Much like her rumoured boyfriend Tiger Shroff, Disha can kick some butt and aces her moves.

She wrote in the caption of the video: “Miss training, trying to learn the butterfly (B) kick , still long way to go.”

She is a popular celebrity on social media with around 20.7 million followers on Instagram. Her fans eagerly wait for her pictures and videos update.

On the work front, she will soon be seen in superstar Salman Khan's 'Bharat', a film by Ali Abbas Zafar. The movie is set to hit the screens on Eid, June 5, 2019.

The trailer has been unveiled by the makers today and it screams 'blockbuster'.

Well, Disha has a solid fanbase and the actress makes sure she stays on top of her game!