Aamir Khan and Kajol were also in attendance and the actress shared a selfie with her co-stars of many films, Aamir Khan and wrote, "After so long.." 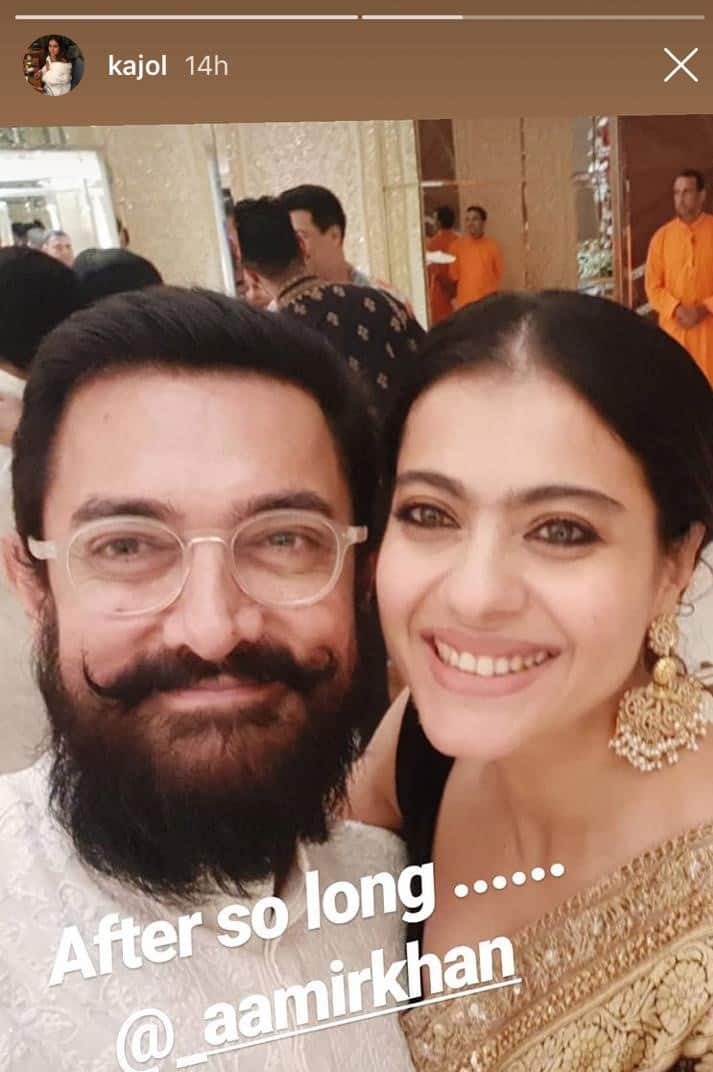 Kajol looked ethereal in a black and gold saree while Aamir looked dapper in a kurta pyjama.

On the work front, Aamir Khan will be seen in Lal Singh Chaddha, which is the Hindi remake of Forrest Grump. Directed by Advait Chandan, the film also stars Kareena Kapoor in a pivotal role. This is Aamir's first film after his project Thugs of Hindostan.

While Kajol was last seen in Helicopter Eela. She will be next seen opposite husband Ajay Devgn in Tanhaji: The Unsung Warrior.

Kajol and Aamir were last seen in 2006 film Fanaa. They also starred in Ishq which was released in 1997.