"If people irritate me, that's what I do," said Sonakshi Sinha after she knocked Akshay Kumar over from his chair while they were busy with 'Mission Mangal' promotions on Friday. Yes, she actually did it! 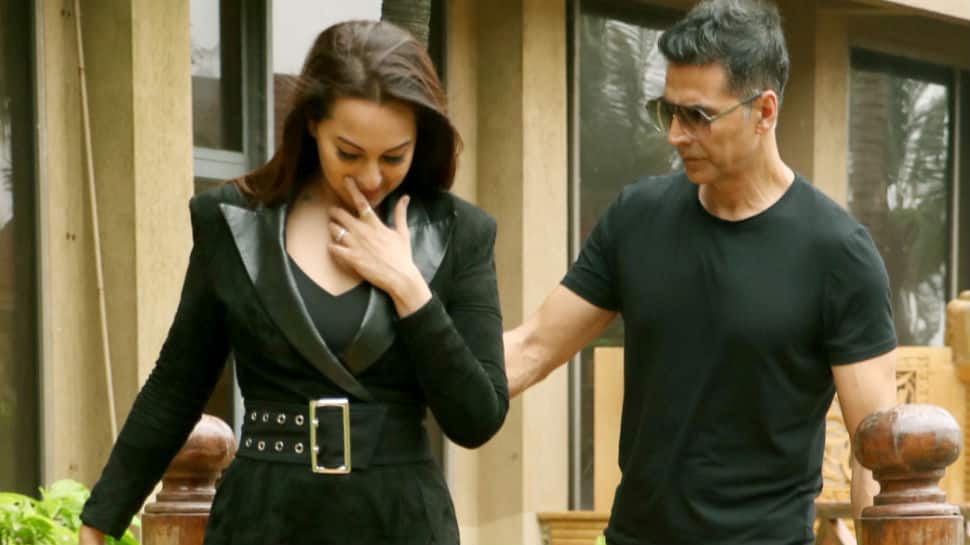 New Delhi: "If people irritate me, that's what I do," said Sonakshi Sinha after she knocked Akshay Kumar over from his chair while they were busy with 'Mission Mangal' promotions on Friday. Yes, she actually did it!

In a video she shared on her Instagram stories, we can see Akshay, Sonakshi and their other co-stars Vidya Balan, Taapsee Pannu and Nithya Menen speaking to journalists about their upcoming film. Amidst the discussion, Akshay pushes his chair slightly backwards and Sonakshi soon knocks him over and he falls down. However, they laugh off the incident after Sonakshi says, "Listen, if people irritate me, that's what I do."

Later, Taapsee explains that it was a prank and says, "He planned to do it. Let me tell you how it would have happened. He would have asked her to do this. That's why it's getting recorded also. It's just to scare you guys."

Watch the video here. It has also been curated by one of Sonakshi's fan clubs.

Team 'Mission Mangal' have loads and loads of fun during the promotions and they make sure to share it all with their fans on social media.

The film, directed by Jagan Shakti, is based on India's mission to Mars. 'Mission Mangal' releases on this Independence Day and it clashes at the box office with John Abraham's 'Batla House'.