Manushi Chhillar from Haryana is a medical student. 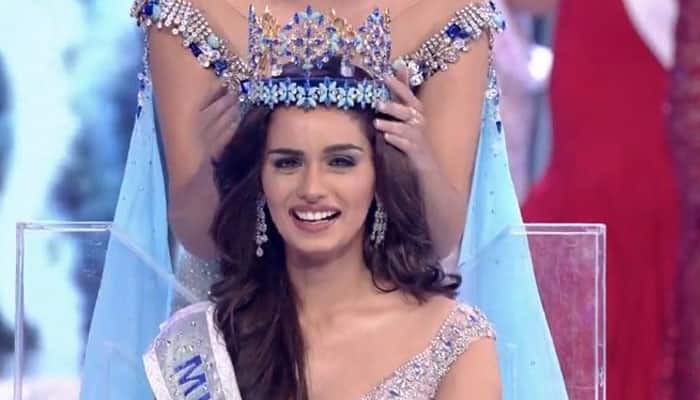 The 20-year old from Haryana also won the Head to Head Challenge and the Beauty with a Purpose titles on Saturday.

Chhillar has won the title 17 years after actor Priyanka Chopra won it in 2000.

She competed against 108 contestants from various countries at a glittering event held at Sanya City Arena in China.

Chhillar had earlier this year won the Femina Miss India 2017.

Born to doctor parents, she is a medical student and has studied at St Thomas School in New Delhi and Bhagat Phool Singh Government Medical College for Women in Sonepat.

Chhillar's entire family including brother and sister were present at the event.

In question and answer round post getting the top five spot, she was asked - "Which profession deserves the highest salary and why?"