Virat Kohli is currently in West Indies, where he is leading Team India for a series. Anushka Sharma has accompanied him too.

New Delhi: Star couple Virat Kohli and Anushka Sharma definitely know how to balance their work and personal lives. They are currently in West Indies, where Virat is leading Team India for a series.

Recently, he took some time off to catch up with Anushka for a lunch date in Guyana, a picture of which was posted by the cricketer on his Instagram stories. "Top meal with my lovely," he wrote.

The couple is all smiles for the camera and appears to have found out an Indian food outlet. They point out to the name board of the shop that reads 'Shanta's - The Puri Shop'.

Virat looks dapper in a white t-shirt and pants while Anushka is pretty in a tee and denim shorts. 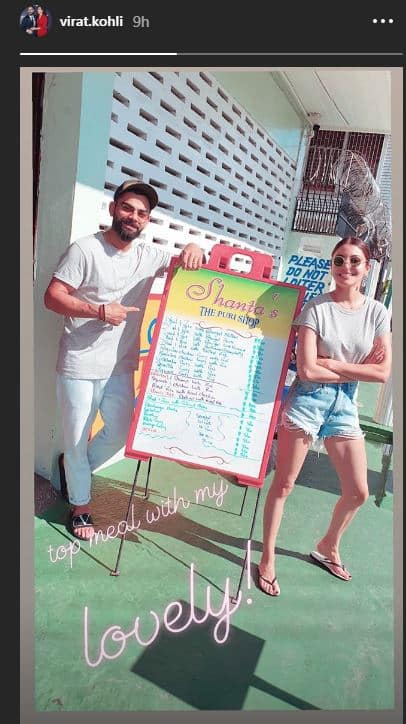 Anushka too shared glimpses from their day out: 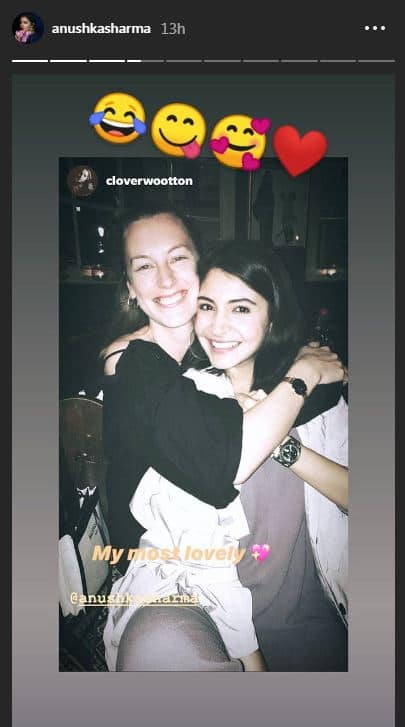 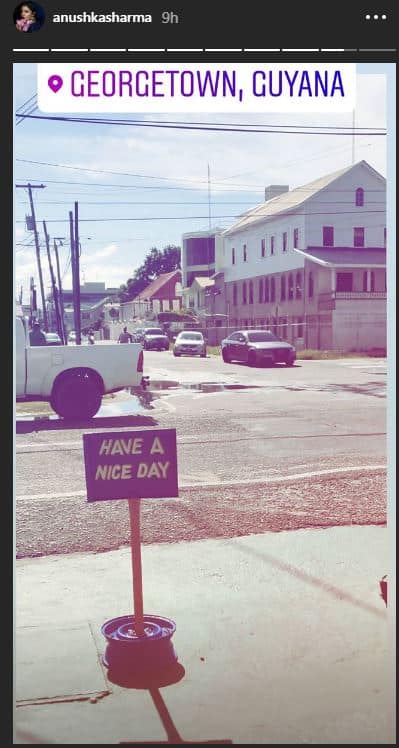 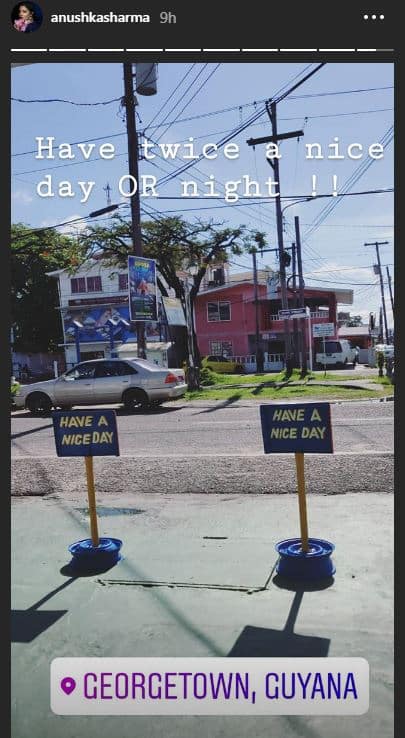 Before taking off to West India, Team India was in Florida, where they played three T20 matches against the West Indies and whitewashed them. The two team will play the first ODI match on August 8.

Pictures of Virat and Anushka chilling in Miami, Florida, also went crazy viral and was shared by fan clubs in plenty.

Anushka and Virat married in December 2017 in Italy in an extremely private wedding ceremony.