Reena Dwivedi became an internet sensation during the Lok Sabha Elections 2019 when her pictures in a yellow saree went viral. 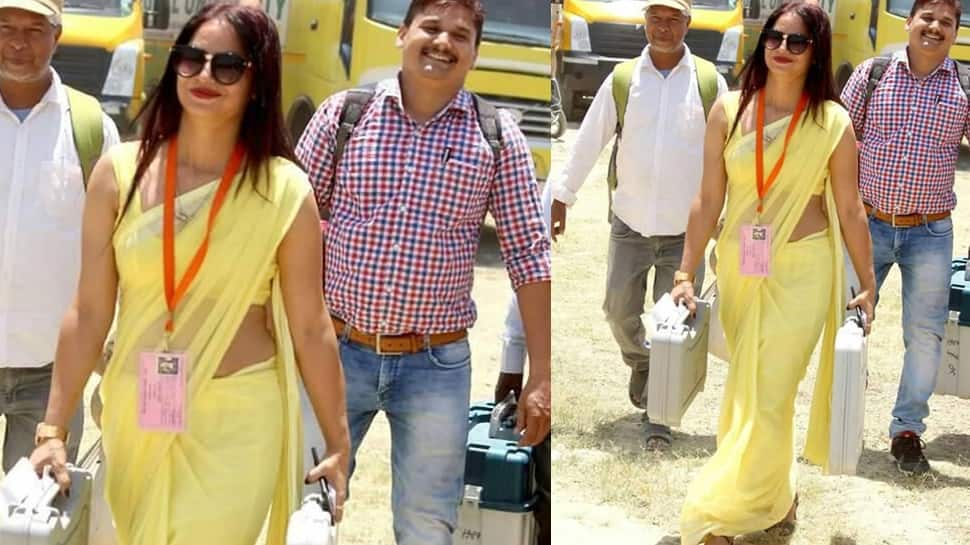 New Delhi: PWD officer Reena Dwivedi became an internet sensation during the Lok Sabha Elections 2019 when her pictures in a yellow saree went viral. Soon after, people started calling her 'the woman in yellow saree', turning her into a celebrity. The internet is indeed a strange place and anybody can become a celeb overnight, by catching the netizens' eye.

Now, another video of Reena has gone viral in which she can be seen dancing to popular Haryanvi song 'Teri Aakhya Ka Yo Kajal'.

How did you like her dance? Let us know in comments!

The song 'Teri Aakhya Ka Yo Kajal' features popular dancer-singer Sapna Choudhary. It is one of the most popular Haryanvi tracks and is loved by all Sapna's fans.

Some of her other songs include 'Hatt Ja Tau', 'Tere Thumke Sapna Choudhary' and 'Love Bite'

Everybody deserves a second chance in love: Malaika Arora