Ishaan Khatter bought you a huge  bouquet of flowers for Ananya Panday as he visited her on Saturday after she was probed by the NCB in Aryan Khan's drugs case. 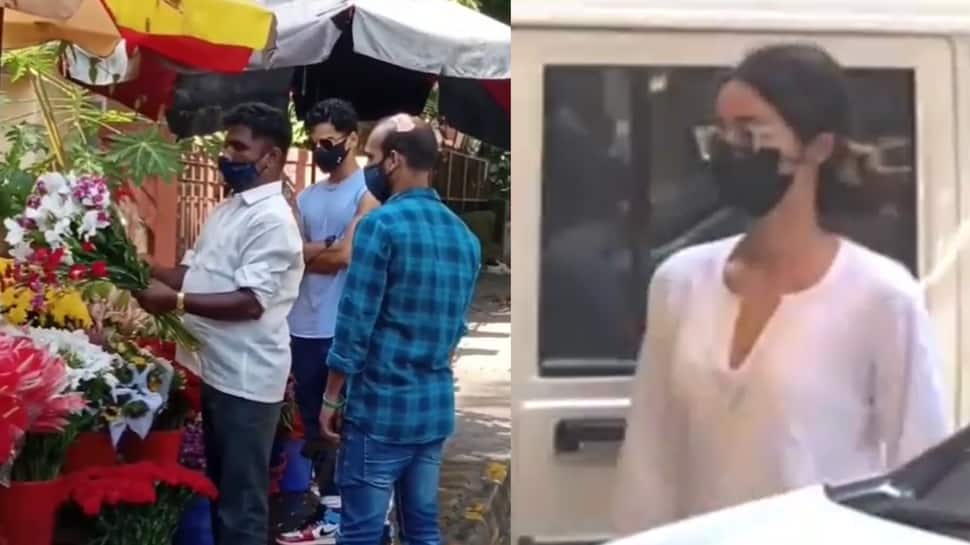 New Delhi: Ananya Panday’s rumoured boyfriend Ishaan Khatter visited the actress on Saturday (October 23) with a bouquet of flowers at her residence. Ananya Panday has recently been going through a tough time as the Narcotics Control Bureau is questioning her in Aryan Khan’s drugs case. The actress was summoned by the investigation agency on Friday and Saturday and was asked to appear again for questioning on Monday (October 25).

Ananya, who appeared at the NCB office along with her father Chunkey Panday was grilled for 4 hours on Saturday. The actress was probed on her WhatsApp chats with Aryan Khan in which she allegedly arranged ‘ganga’ (weed) for the latter.

“The chats recovered from Aryan Khan's mobile phone reveal that in 2018-19, she helped supply drugs to Aryan thrice by providing him the numbers of drug dealers," NCB sources told ANI. The actress has however denied all allegations of consuming and arranging drugs.

Rumoured beau Ishaan, who worked with Ananya in the film Khaali Peeli, bought a huge bouquet of white, red and pink flowers, before paying a visit to Ananya’s home. The two were earlier rumoured to have vacationed together in the Maldives. They have however stayed tight-lipped about the status of their relationship.

Ishaan, on the other hand, will be seen in Phone Bhoot along with Katrina Kaif and Siddhant Chaturvedi and in Pippa opposite Mrunal Thakur.