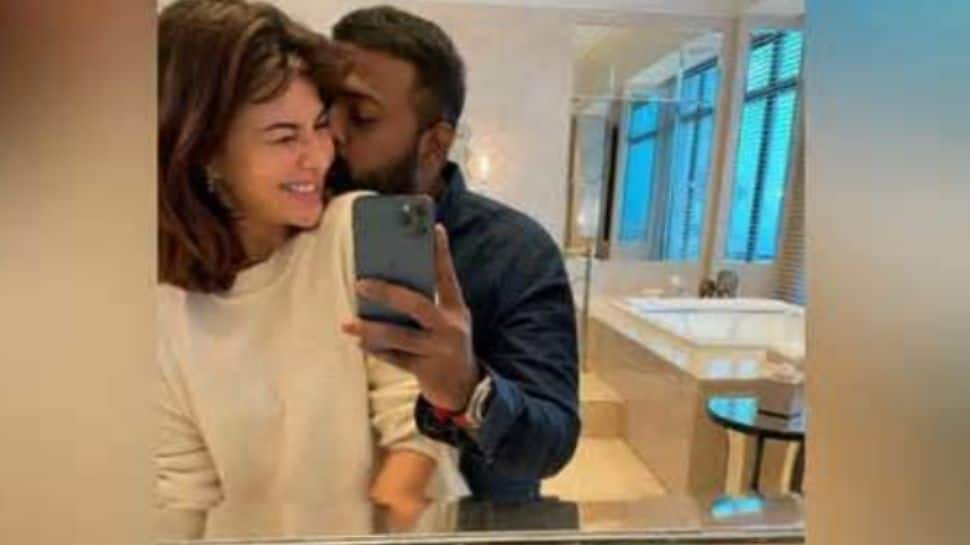 New Delhi: Jacqueline Fernandez has found herself in a new controversy after a picture of her and conman Sukesh Chandrasekhar surfaced on social media and went viral. In the picture, Sukesh was seen kissing the actress on her cheek while they take a selfie.

As per a report by India Today, the picture was clicked in between April-June when Sukesh was out on interim bail in a cheating case.

Sukesh and his actor wife Leena Maria Paul are allegedly connected to Rs 200 crore money laundering case which is under investigation by the Enforcement Directorate.

It read, "Jacqueline Fernandez is being called to testify as a witness by the ED. She has duly recorded her statements and in future will also be completely cooperating with the agency in the investigations."

"Jacqueline also categorically denies alleged slanderous statements made about relationship with the involved couple," the spokesperson further said in a statement.

On the work front, Jacqueline was last seen in the horror-comedy film, ‘Bhoot Police’.

She has multiple projects in the pipeline including ‘Kick 2’, ‘Bachchan Pandey’, and ‘Ram Setu’.She will also be featured in a special project with ‘365 Days’ actor Michele Morrone.

Ahan Shetty and I read lines from The Dirty Picture: Tara Sutaria opens up about their first meeting