Sridevi passed away at age of 54 due to accidental drowning in a Dubai hotel on February 24, 2018 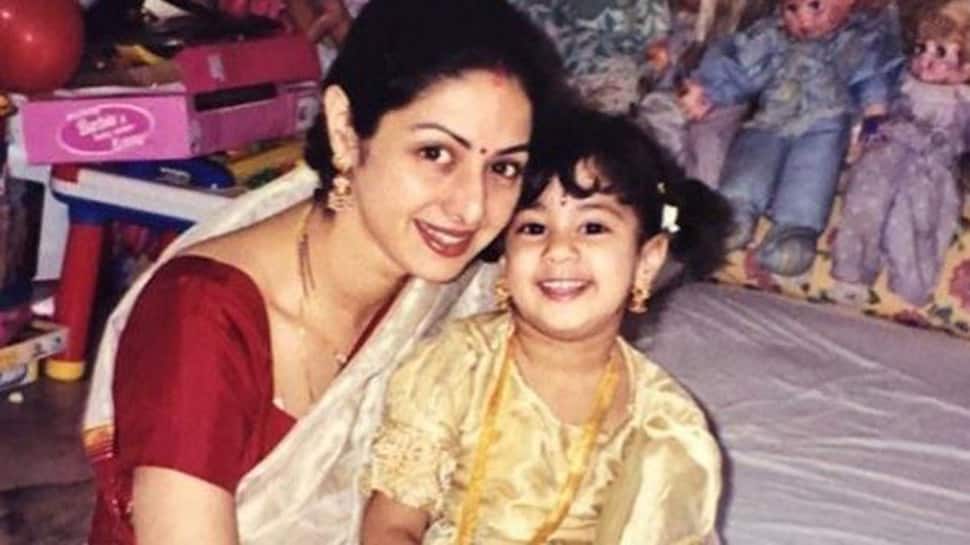 New Delhi: On the occasion of Mother's Day, Janhvi Kapoor took to her Instagram page to share a throwback picture with her mother Sridevi along with an important message.

Sharing the picture on Instagram, Janhvi wrote, "Cherish them, listen to them, give them all the love in the world  Happy Mother’s Day"

In the picture, little Janhvi is happily sitting on her mother's lap. She is donning a golden lehenga while Sridevi looks ethereal in a beige and maroon sil silk.

Bollywood actress Sridevi's death shocked the nation a year ago and her family hasn't been able to come to terms with it till date.

She passed away at age of 54 due to accidental drowning in a Dubai hotel on February 24, 2018. Her sudden death left family, friends and thousands of fans in a state of shock.

Earlier, during an interview, Janhvi revealed that she is still in a state of shock. "I think, I was still in that state of shock, to be very honest. I think I am still in shock. None of it has been processed. Like, I have no memory of three or four months."