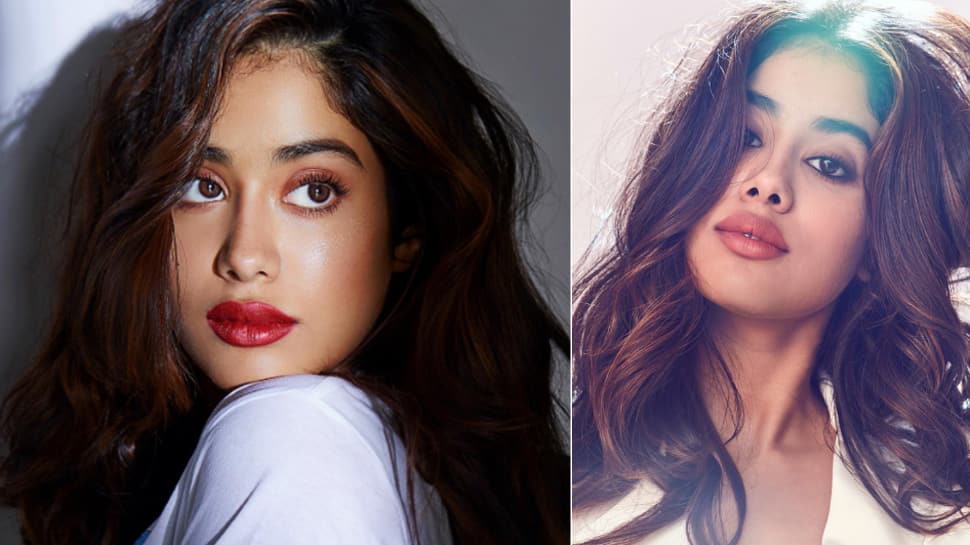 New Delhi: Bollywood actress Janhvi Kapoor has often left us spellbound with her fashion choices. Be it flaunting her perfectly toned legs in a party dress or taking the internet by storm with her traditional look, the stunner never fails to amuse us! She is often spotted outside her gym and her athleisure is also worth noticing.

Her latest look, however, is different from what she usually carries. Janhvi is seen wearing the trendiest white suit ever and absolutely slays the formal look! Her gorgeous hair, pouty lips and intense eyes deserve attention.

The 'Dhadak' actress uploaded the pics on Instagram with the caption, “Fighting jet lag in a white suit”.

For the uninitiated, the actress was recently holidaying in New York with her sister Khushi and had been constantly updating fans with deets from her trip via Instagram.

On the work front, Janhvi has plum deals in her kitty.

To name a few, she will be seen with Rajkummar Rao and Varun Sharma in 'Rooh-Afza'.

She is also a part of Karan Johar's magnum-opus 'Takht'. The period-drama has an impressive star cast with Kareena Kapoor Khan, Vicky Kaushal, Ranveer Singh, Alia Bhatt, Bhumi Pednekar and Anil Kapoor along with the star kid.

Salman Khan is down to earth: Dabangg 3 choreographer Shabina Khan