Kangana Ranaut flaunts her desi swag at the airport—In pics

Kangana Ranaut was recently spotted at the Mumbai airport. The actress wore a printed pink suit with a pair of round sunnies.

New Delhi: Bollywood actress Kangana Ranaut is often seen flaunting her desi swag at the Mumbai airport. Kangana usually opts for traditional outfits when it comes to the airport look and this time it was no different. The actress donned a printed pink suit with a pair of round sunnies. Her hair were tied up in a bun and she looked gorgeous without any make-up on! Kangana is not on any social media platforms but that does not stop her pictures from going viral. 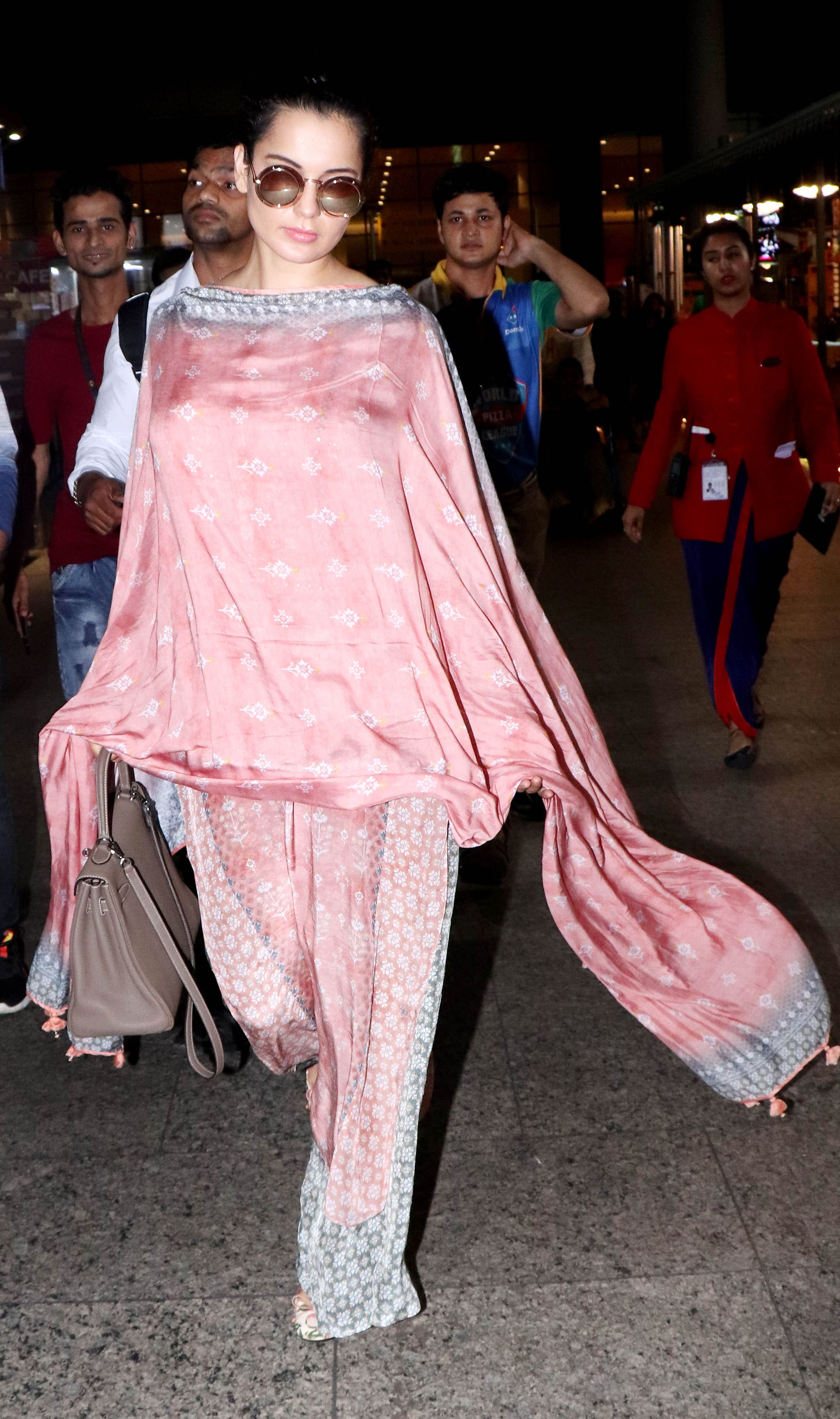 On the work front, the actress's pictures in which she was seen getting prosthetics for 'Thalaivi' took the internet by storm a couple of days back. The film is based on the life of actress turned politician late Jayalalithaa and is high on the buzzword already.

The actress is also a part of Ashwini Iyer Tiwari's 'Panga' which is about a Kabaddi player. The film also stars Richa Chadha, Jassi Gill and Neena Gupta in pivotal parts. It will release in 2020.