It seems the entire B-Town has been struck by the cupid's sharpest love arrow. 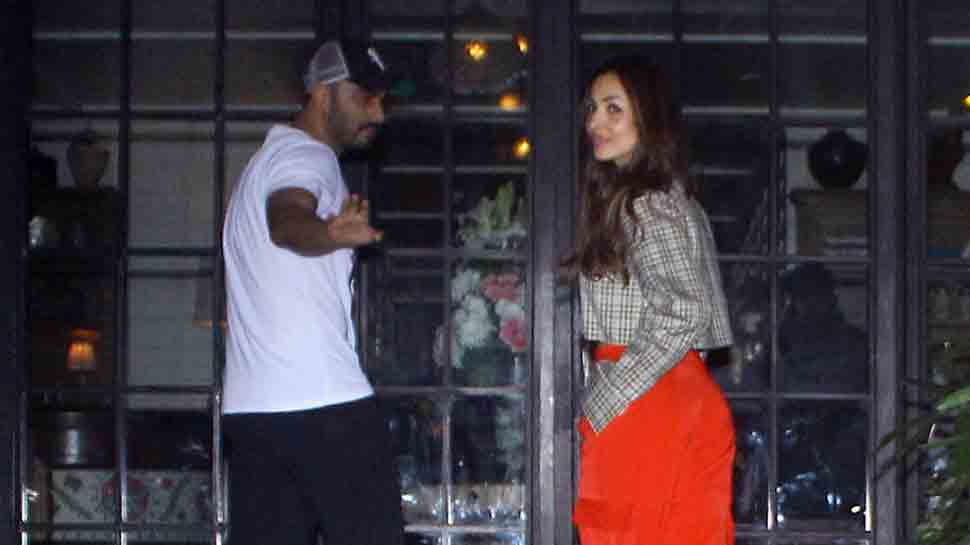 New Delhi: Arjun Kapoor and Malaika Arora are the newest 'IT' couple of Bollywood. And though the couple has so far been tight-lipped about their relationship, they do not shy away from making public appearances together anymore.

Reports of them planning to tie the knot this year have been on for quite sometime. However, nothing of that sorts seems to be happening soon. But, wedding bells or not, the duo look extremely happy in each other's company. And not just that, they are also indulging in some PDA on social media.

Well, it would be not wrong to say that the duo is perfectly acing the PDA game on Instagram and their fans are loving every bit of it.

Arjun recently made his relationship with Malaika official. When asked about his wedding rumours with Malaika in an interview with Mumbai Mirror, the 'Ishqjaade' had the most hilarious answer ever!

"Usually men lose hair after getting married and not before (laughs). To put things in perspective, as an actor, why would I want to get married when I am sporting a bald look? There would be pictures of it everywhere! On a serious note, I am not getting married. I have not hidden anything from anyone and I think my personal life deserves respect and dignity for that," Arjun said, who is currently sporting a bald look for 'Panipat'.

Arjun was last seen in 'India's Most Wanted', which failed to do any magic at the Box Office. He will next be seen in the period-drama'Panipat'.