Manish Malhotra pens a heartwarming tribute to his closest friend and muse, Sridevi 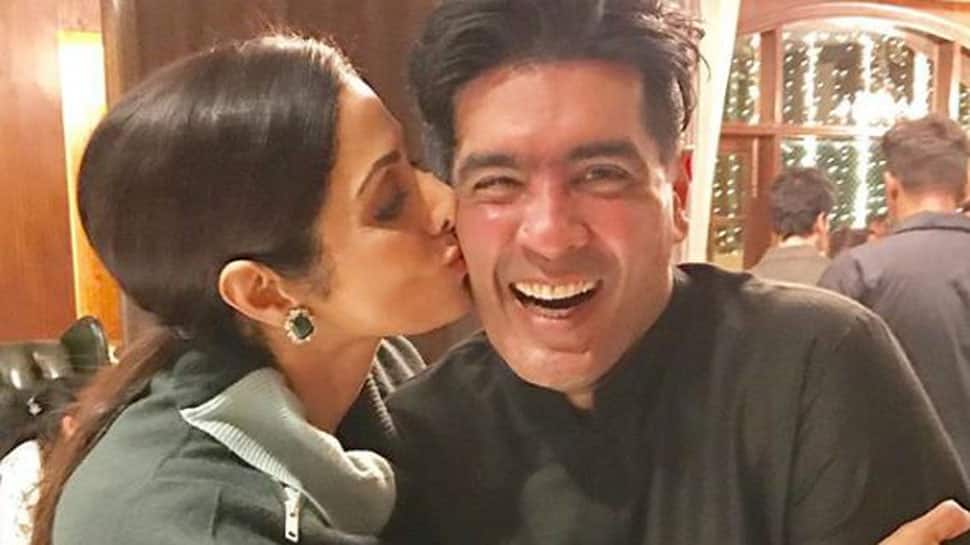 New Delhi: Designer Manish Malhotra who was one of Sridevi's closest friends, has penned a long heartfelt note for the late actress and revealed that he spoke to her the night she died. Manish's note has appeared on Vogue India's latest edition.

"I want the world to remember her as who she was—an iconic actor, an exceptional person, someone who had her mind and her heart in the right place. This is the first time I’ve lost someone so close, and it feels surreal. I’d known her for 28 years. We were at a wedding together and then, out of nowhere, her sister Srilatha was handing me a silk sari for her funeral. I spoke to her the night she passed away. We talked about everything under the sun, from Janhvi’s film, how beautiful Khushi looked at the wedding to even what she had eaten earlier that day," he wrote.

Manish, in his note, also revealed that unlike most Bollywood actresses who love to gossip, Sridevi was never into gossip or liked talking ill about anyone," I realise gossip never entered our conversations. We talked about clothes, food, movies—all the good things in life. She never wished ill upon anyone or remarked upon her contemporaries.It didn’t matter if it was a silly scene, a song or a path-breaking performance. If she committed to something, it deserved respect,” he said.

Manish also threw light on Sridevi's demeanour, he wrote how reserved she was in real life but was an entirely different person in front of the camera, "She greeted you with genuine kindness, but one couldn’t help notice how reserved she was. She barely spoke, in fact. She, however, came to life when the camera started rolling. It was almost as if the camera was her most intimate friend."

Manish, who was with the family till Sridevi's final journey still hopes to hear her voice someday. The legendary actress's ashes were partly immersed in the holy river Ganges at Haridwar and Rameswaram.

"Even now, so many days later, I still expect my phone to ring, and to hear her discuss an outfit or a project which we can work on together," he signed off.