Just days after her split with actor Liam Hemsworth, singer Miley Cyrus decided to get everyone talking about her professional life by posting a cryptic photo which hints at new music. 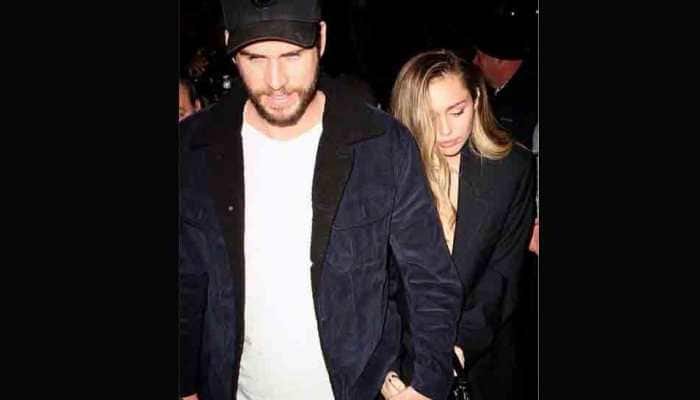 Washington DC: Just days after her split with actor Liam Hemsworth, singer Miley Cyrus decided to get everyone talking about her professional life by posting a cryptic photo which hints at new music.

The `Can`t Be Tamed` singer shared a photo from a music studio with her headphones on leaving her fans convinced that she was recording new music and based on the recent news, it`s safe to say that the star has a lot to sing about these days.

Whether it`s her breakup with Liam or her lavish vacation with close friend Kaitlynn Carter, there is a whole lot to take inspiration from.

Previously, the 26-year-old singer released `She Is Coming`, which is the first of three EPs that tell "different chapters to a trilogy" that will together form the full-length record that was confirmed to be titled `She Is Miley Cyrus`.

Earlier this weekend, E! News confirmed that the two broke up after less than a year of marriage.

"Liam and Miley have agreed to separate at this time," the singer`s rep said in a statement to the outlet.

"Ever-evolving, changing as partners and individuals, they have decided this is what`s best while they both focus on themselves and careers. They still remain dedicated parents to all of their animals they share while lovingly taking this time apart. Please respect their process and privacy," the rep added.Soon after the breakup news, photos of Miley getting cozy with Kaitlynn surfaced online. Kaitlynn recently announced her split from `The Hills New Beginnings` star Brody Jenner.

However, according to a source, Miley and Liam had been separated for months and things between the singer and Kaitlynn aren`t serious.

The insider shared that both ladies bonded over their break-ups and Miley is in a "happier and healthier place."

"She looks amazing and has been working out. She is super focused on finishing her music. She and Kaitlynn connected trying to get over the past," a source shared.

Hemsworth broke the silence his breakup on Monday, while he was hanging out with his brother Chris Hemsworth.

"You don`t understand what it`s like. I don`t want to talk about it, mate," Liam told The Daily Mail Australia, as cited by Us Weekly.

The pair first met in 2009 on the sets of `The Last Song`. They began dating shortly after that and made their red carpet debut as a couple in 2010.

They`ve had some bumps in their romance over the years. The two were dating on and off before Liam proposed in 2012. They called off their engagement a year later and reconciled their relationship in 2015. They officially tied the knot in December 2018.