Mouni Roy beats the heat in a white bikini—Watch 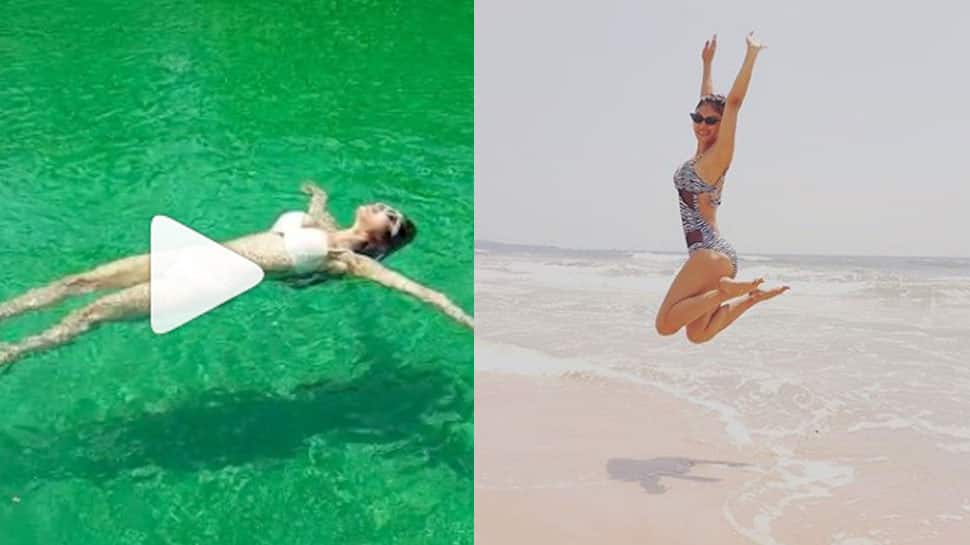 New Delhi: Indian television's 'Nagin', Mouni Roy is often setting social media on fire with her posts. The actress has an ocean of fans, with 7.9 million people following her on Instagram. She knows how to keep her fans engaged by regularly sharing updates from her life.

From her latest Instagram post, it is evident that the actress knows how to beat the heat! She is seen chilling in the pool and has the aptest caption for it.

Sharing a video of herself floating in the water, Mouni writes, “Summers are best spent in the water”.

Along with this, she also shared this pic:

The actress also shared a picture from the beach in which she can be seen wearing a striped monokini and throwing her hands up in the air in a carefree manner.

Mouni carved a niche for herself in Indian television world by acting in several shows. The most famous show among them is 'Nagin', which had Mouni play the lead role. After working in television, she made a successful transition to films and made her debut with Akshay Kumar's 'Gold' in 2018. Fans couldn't stop praising the actress for her performance and were excited to see her in more projects.

She was recently seen in John Abraham starrer RAW: Romeo Akbar Walter and has Ayan Mukerji's 'Brahmastra' in the pipeline. The film stars megastar Amitabh Bachchan along with Ranbir Kapoor and Alia Bhatt in lead roles.

'Brahmastra', that was earlier slated to release in December 2019, will now hit the screens in 2020.

For me, The Kings were always world champions: Varun Dhawan