Neetu gives an insight into what actually changes between a couple after 38 years of marriage. 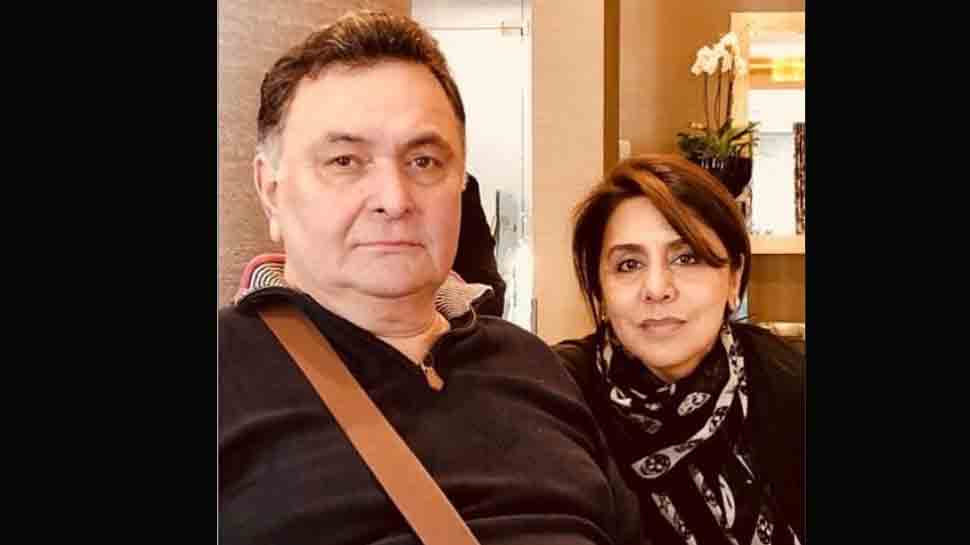 New Delhi: Rishi and Neetu Kapoor have been in New York for the last few months where the senior actor is undergoing medical treatment for an unspecified illness. Both Neetu and Rishi keep sharing pictures and updates with their fans about their whereabouts.

Neetu recently took to Instagram to share a picture from their lunch date and more than the photo, it was her caption that caught all the attention.

"Lunch date, this is what happens after 38 years of marriage husband on the phone and I’m clicking selfies," Neetu wrote on Instagram along with the picture which shows Rishi busy looking at his phone while Neetu captures the moment. 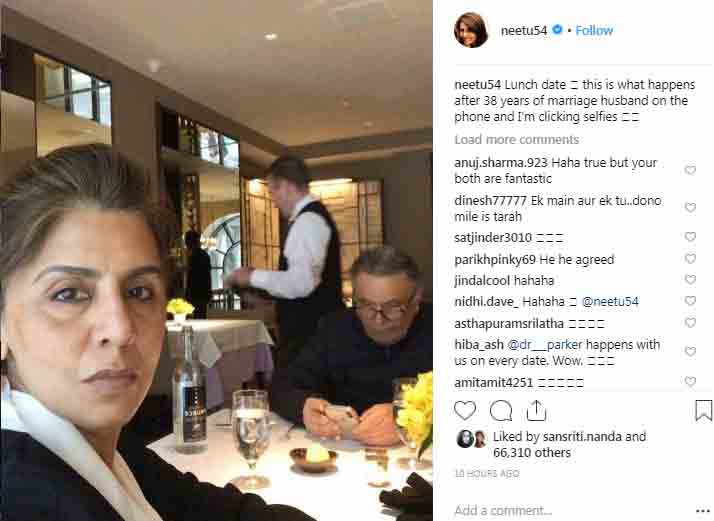 Only recently, Neetu had left everyone confused when she left a cryptic post on her Instagram, besides greeting everyone on New Year. Her post left some of her fans worried as she mentioned her wish that 'Cancer should only be a zodiac sign'.

Happy 2019 _ no resolutions only wishes this year !!! Less pollution traffic!! Hope in future cancer is only a zodiac sign !!! No hatred less poverty loads of love togetherness happiness n most imp. Good health __________

And soon after, her followers started to pick hints if she was talking about her ailing husband Rishi, who has been undergoing treatment in New York.

Neetu is also believed to be extremely fond of her son Ranbir Kapoor's rumoured girlfriend Alia Bhatt and regularly drops comments on her posts.

Earlier, she had shared pictures from the Kapoor family's New Year's celebrations.

And while Rishi is being treated for an illness, his wife Neetu has stood with him as a rock solid support. The couple has been visited by several Bollywood personalities, including Priyanka Chopra, Anupam Kher, Sonali Bendre, Javed Akhtar among others.