Wearing a white tube top with an orange skirt and coat, Nora Fatehi strikes a pose for the camera. A pair of delicate white heels complete the outfit. 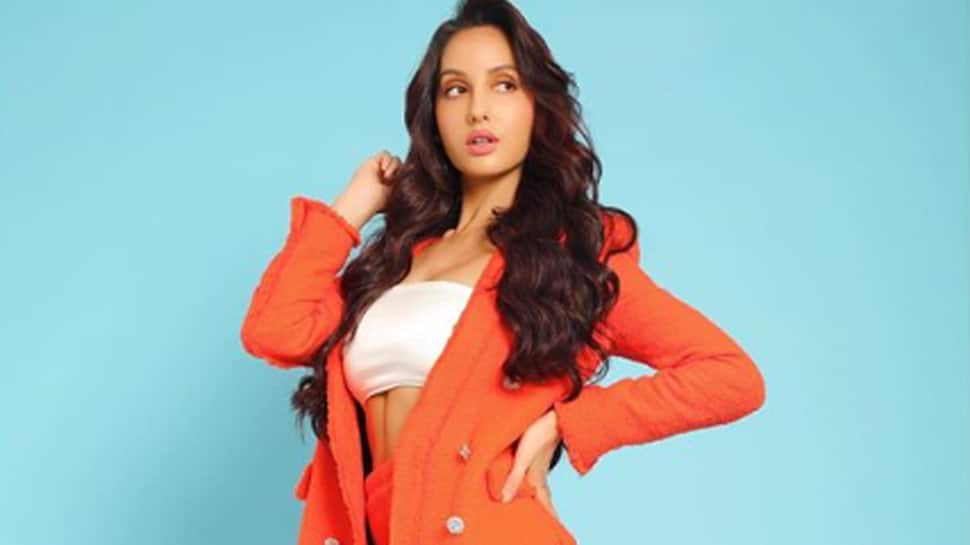 New Delhi: Nora Fatehi is a popular name in the film industry and often leaves us impressed with her outfits. No matter if it is an award night, dinner date, film promotion or a stroll in the city, Nora's pictures and videos are often going viral, all thanks to her huge army of fans.

The Moroccan beauty shot to fame after her song 'Dilbar' went viral last year and has been the 'Queen of hearts' ever since.

Nora is quite active on social media app Instagram and often treats her fans with n ew pics and videos.

Her recent upload has her posing in a white and orange outfit, looking classy as always!

Wearing a white tube top with an orange skirt and coat, Nora strikes a pose for the camera. A pair of delicate white heels complete the outfit.

Not only this, but the dancer-actress has the most epic caption! She writes, “basic dont suit me”

Well, the outfit is indeed not-so-basic!

On the work front, she will be seen playing an important role in 'Street Dancer 3D' which stars Varun Dhawan and Shraddha Kapoor in the lead roles. The film has been helmed by Remo D'Souza and is high on the buzzword ever since its lead cast was announced.