Bollywood actress Nora Fatehi is an internet sensation and her pics and videos often go viral. Her latest Instagram video has grabbed the limelight. 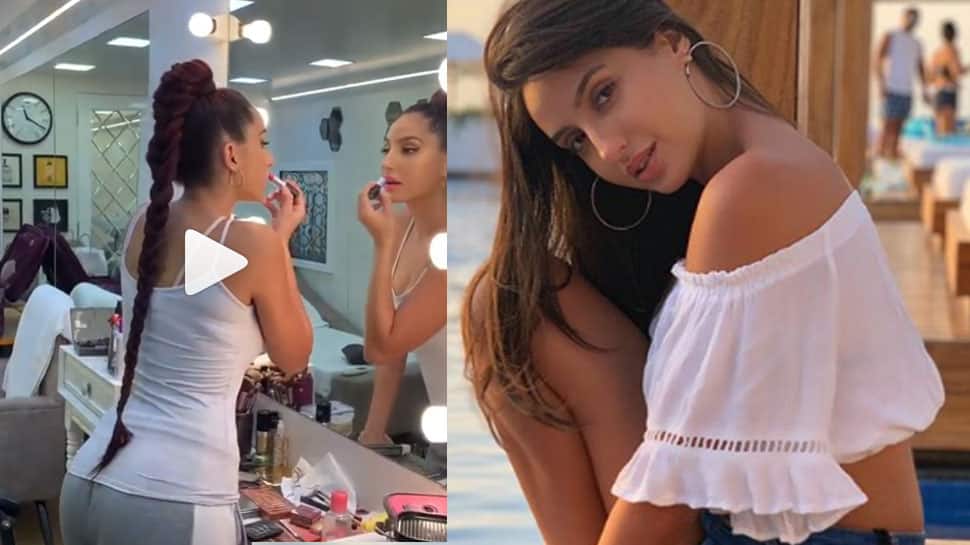 New Delhi: Bollywood actress Nora Fatehi has carved a niche for herself in the industry through her killer dance moves. The stunner has over 5 million followers on Instagram and knows how to keep her fans hooked with regular uploads.

A few days back, Nora took to Instagram and shared a BTS video as she got ready to shoot. The actress can be seen applying make-up and flaunting her super-stylish braid. In the video, when the person filming the video says ''Haters gonna hate'', Nora has the most epic thing to say! She says, "That's right but they are still taking notes''.

She introduces herself as Noriana and we wonder if it is her name in the movie 'Street Dancer 3D'!

The diva is busy shooting for the film these days along with Varun Dhawan and Shraddha Kapoor.

The film is being directed by Remo D'Souza and will release in January 2020.

Nora will also be seen in John Abraham's 'Batla House'. The duo had also worked together in 'Satyameva Jayate' and the song 'Dilbar' from the film had gone viral on the internet.