The B-Town beauties soaked in the fervour of Karwa Chauth, which was celebrated across North India on October 17. From Anushka Sharma to Priyanka Chopra, everyone fasted for their better halves and shared pictures on Instagram. 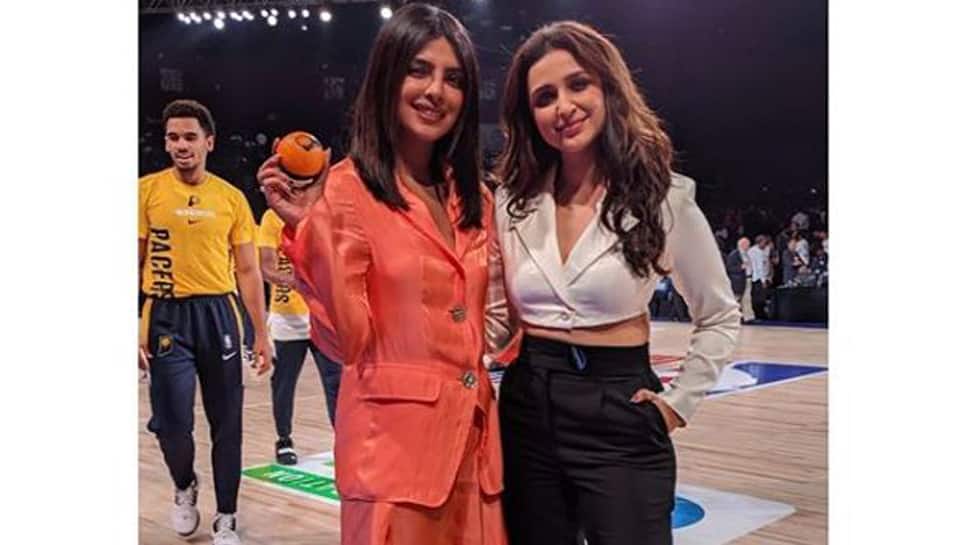 New Delhi: The B-Town beauties soaked in the fervour of Karwa Chauth, which was celebrated across North India on October 17. From Anushka Sharma to Priyanka Chopra, everyone fasted for their better halves and shared pictures on Instagram.

Priyanka, who accompanied her husband Nick Jonas to the Jonas Concert, had a interesting Karwa Chauth celebration. She posted a couple of goofy pictures with Nick and he too impressed his Indian fans by posting a note admiring his wife's Indianness.

However, amidst all this love-exchange on social media, PeeCee's cousin Parineeti's comment on her picture raised many eyebrows. Sharing an anecdote from their childhood, Parineeti wrote, "All the lives she fasted and made us fast for the perfect husband! This is the first year she actually has him!! Now my turn? @nickjonas @priyankachopra." 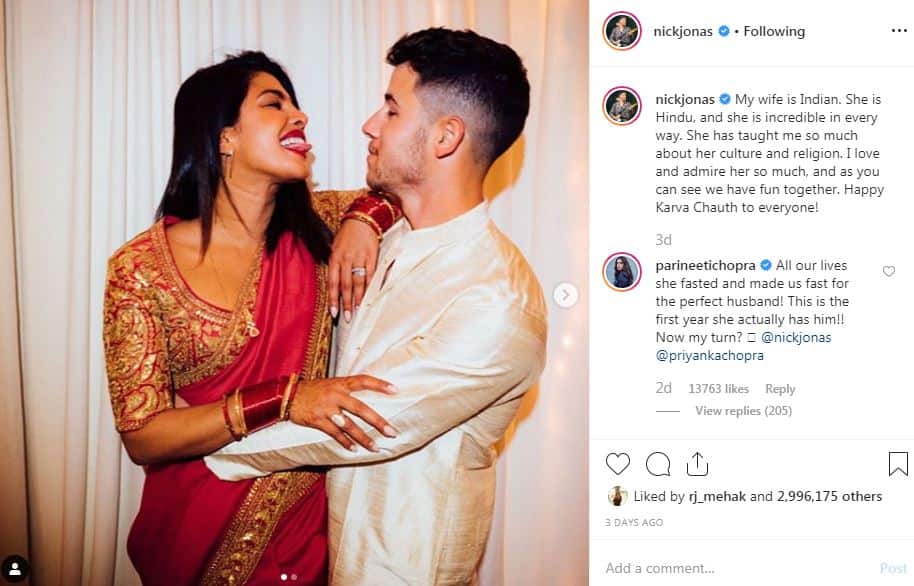 Parineeti's comment sure hints at her impending wedding but we don't know yet when the actress will finally take the plunge.

On the work front, Parineeti is prepping up for the Hindi remake of Girl on the Train. The actress shot in London for the film.

While PeeCee's film 'The Sky Is Pink' struck the right chord with the audience but despite outpouring love the film failed to rake in moolah at the Box Office. The film stars also stars Farhan Akhtar and Zaira Wasim in pivotal roles. Helmed by Shonali Bose, the film hit the screens on October 11.