It isn't every day that we see our Prime Minister striking a pose with top Bollywood celebrities. 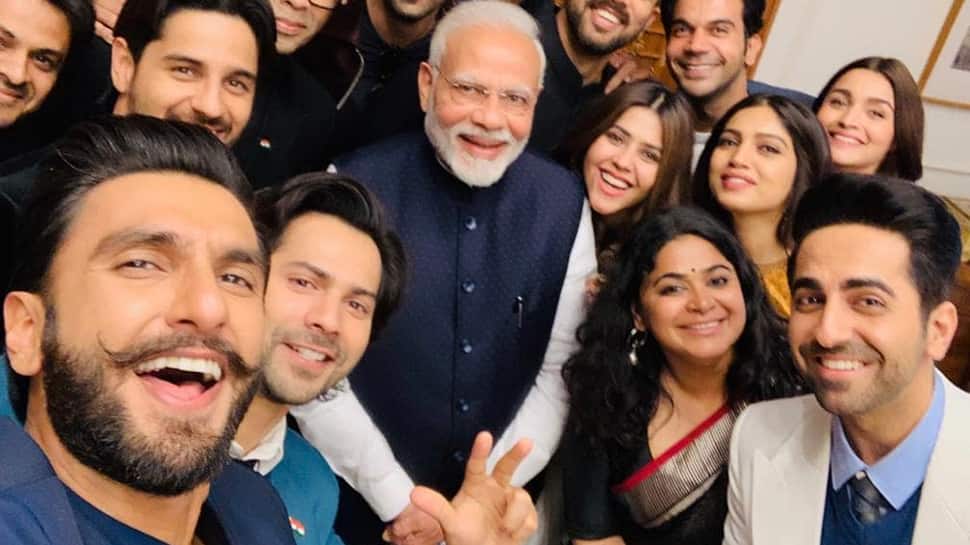 New Delhi: Some of the biggest faces of Bollywood met Prime Minister Narendra Modi on Thursday to discuss various issues concerning the film industry. After the meet, our dear B-Towners posed for an epic selfie which calls for a freeze frame!

It isn't every day that we see our Prime Minister striking a pose with top Bollywood celebrities.

Check out the epic picture here, as shared by noted film critic and trade analyst Taran Adarsh on Twitter:

Well, this is one pic from the year 2019 that will be remembered for quite a long time!

The celebs arrived at Delhi airport this afternoon for their meet with the PM and were clicked by the paparazzi.