Pooja Bedi opens up on partner Maneck Contractor, says 'my ex-boyfriends are great friends with my kids'

Pooja Bedi and Maneck Contractor got engaged on February 14, 2019. The actress was earlier married to Farhan Furniturewalla. The couple divorced in 2003 and have two children Alaya F and Omar. 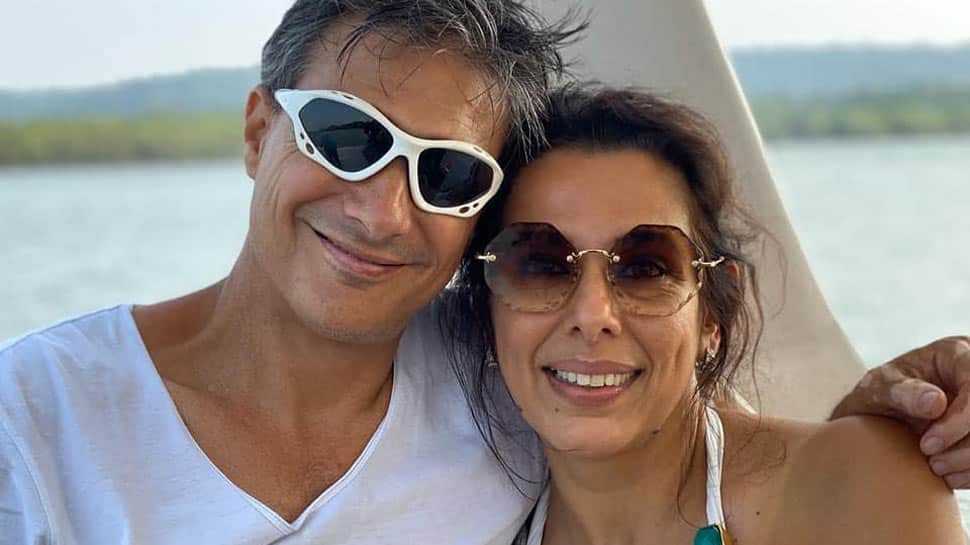 New Delhi: Actress Pooja Bedi is living a fab life in Goa with her partner Maneck Contractor. The gorgeous actress, who runs a health and wellness business doesn't mince her words. In her recent interview, she talked about father Kabir Bedi's marriages and life after divorce.

Pooja Bedi in an interview with Peepingmoon.com opened up on her divorce and said, "For me, it is also about the way I grew up. I grew up in a divorced family, knowing fully well that yes, you do find love again. And again and again. My father has been married four times now."

"When you are getting divorced, there is certain societal attachment to the word divorcee. Way back then at a time when I got divorced, almost 18 years ago, it was a massive deal to be divorced and move forward. 'Shadi kaun karega tumse? Baccho ka Socho. Khud ka kyu soch rahi ho? Think about the kids. How will you find love again? Who will marry you? You are alone, divorced, you have baggage. My children were called baggage. I was like hello! They are my assets", she quipped.

"I remember, my ex-husband got married, the ex-husband had a child also, I remember Alaya came to me and said, 'See Mumma, look at papa, he's got somebody so lovely, he's got a child also now, maybe you should settle down'. My kids are telling me to settle down? I'm really happy just being me, they're really fond of Maneck," said Pooja Bedi.

Pooja Bedi and Maneck Contractor got engaged on February 14, 2019. The actress was earlier married to Farhan Furniturewalla. The couple divorced in 2003 and have two children Alaya F and Omar.

Pooja made her movie debut with Jag Mundhra's film Vishkanya back in 1991 and then went on to star opposite Aamir Khan in Jo Jeeta Wohi Sikander a year later. She also participated in reality shows such as Bigg Boss, Jhalak Dikhhla Jaa, Maa Exchange and Nach Baliye amongst others.