Rishi Kapoor’s daughter Riddhima Kapoor Sahni has been sharing memories of him constantly through priceless posts and on Sunday, she added another memorable photo to the album. 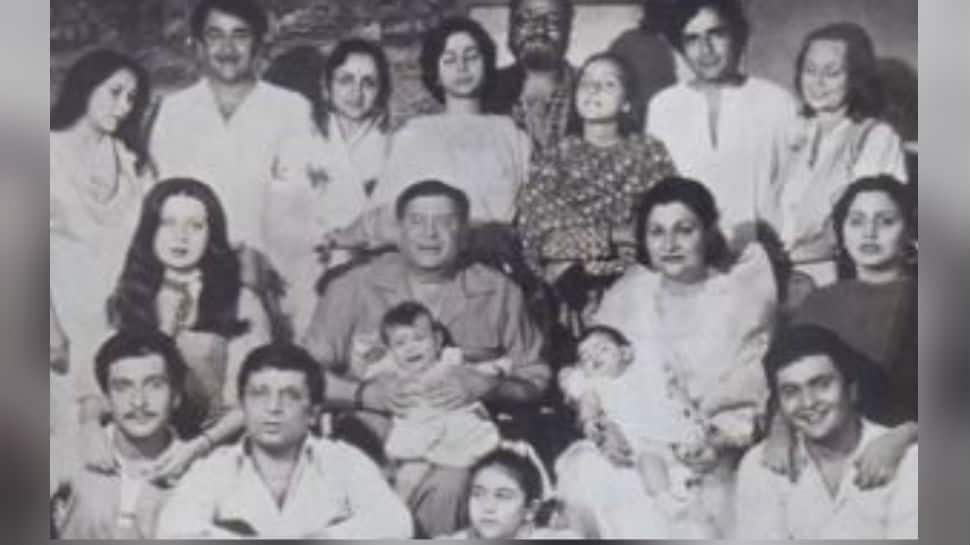 New Delhi: Late actor Rishi Kapoor’s daughter Riddhima Kapoor Sahni has been sharing memories of him constantly through priceless posts and on Sunday, she added another memorable photo to the album. It’s a very old picture of the Kapoors, including Shammi Kapoor and Shashi Kapoor’s families.

Raj Kapoor and his wife Krishna Raj Kapoor take a seat in the center row along with daughters-in-law Babita and Neetu Kapoor. Kareena Kapoor and Riddhima appear to be cradled in their arms. But it’s not clear which one is Kareena and which one is Riddhima as the two of them were babies then. Karisma, who is much older to them, takes the front row with uncles Rishi and Rajiv Kapoor.

Randhir Kapoor, Shammi Kapoor and wife Neila Devi, Shashi Kapoor and his family are seen at the back. The Kapoors are all smiles for the photo, which Riddhima captioned as, “Classic,” adding a heart emoticon. 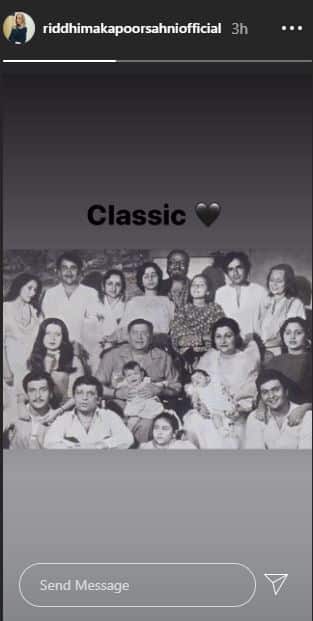 Legendary actors Raj Kapoor, Shammi Kapoor and Shashi Kapoor are children of veteran star Prithvi Raj Kapoor. Raj Kapoor’s family also made it big to the industry with Randhir and Rishi Kapoor and Karisma, Kareena and Ranbir, who is not part of the family photo. They are the fourth generation Kapoors working in the film industry.

Rishi Kapoor died on April 30 in Mumbai. He battled leukemia for two years. His prayer meeting was organised last week with close family members and friends in attendance.