The picture credit goes to socialite Natasha Poonawalla, who chose to post it on Alia Bhatt's birthday. 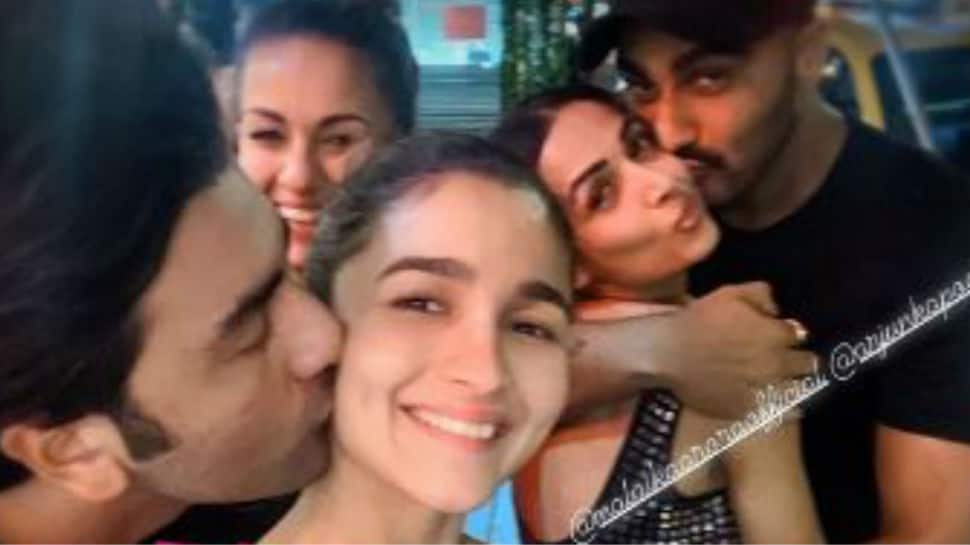 New Delhi: A picture of star couples - Ranbir Kapoor, Alia Bhatt and Arjun Kapoor, Malaika Arora - is Internet's current favourite and we are sure you would love it too. It features Ranbir and Arjun planting a kiss on their respective girlfriend's cheek while they pose for the perfect photo. Socialite Natasha Poonawalla, who chose to post the photo on Alia's birthday, also shares the frame with Bollywood stars. According to her, the picture was taken in New York.

Here's the picture we are talking about: 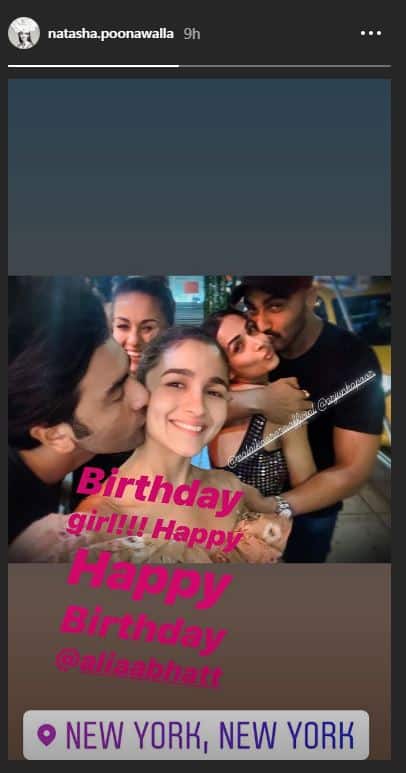 Alia celebrated her 27th birthday on Sunday. She spent the day with her family and close friends in an undisclosed location.

Alia and Ranbir fell in love on the sets of 'Brahmastra', their upcoming film. They, however, haven't yet admitted to a romance but are spotted together at every occasion. Both Alia and Ranbir's families also share a close bond.

Meanwhile, Arjun and Malaika have sort of made their relationship Instagram official and are almost a fixture by each other's side.

Malaika was previously married to actor-filmmaker Arbaaz Khan and are parents to a son named Arhaan.