The statement shared by Rangoli who is also the manager of Kangana, claims that her sister was openly ridiculed, harassed and criminally intimidated by the journalist. 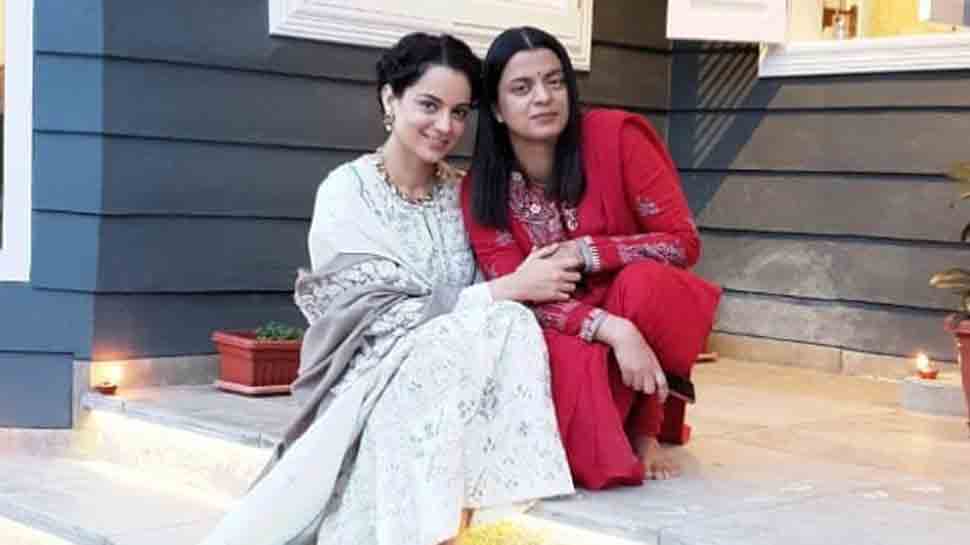 New Delhi: Kangana Ranaut's sister Rangoli Chandel who is known for her ranting tweets and bashing out people, shared a letter on her Twitter handle which is an official statement issued by her advocate Siddiqui & Associates.

The statement shared by Rangoli who is also the manager of Kangana, claims that her sister was openly ridiculed, harassed and criminally intimidated by the journalist. The statement further read that "These so-called unprofessional Journalists mischievously seek to use public platform on every given opportunity, to illegally and criminally harass any celebrity including my said client, despite full knowledge that their illegal and criminal acts are not "freedom of speech but amounts to defamation".

The letter also urged the unregistered `Entertainment Journalist Guild` organisation to make their stand against such issue and stop directly supporting and encouraging unprofessional journalists through such mediums. Reacting on the controversy which happened at a recent event, Kangana shared a video where she can be seen accusing the journalists of being rotten and cheap freeloaders and challenged the media to go ahead and ban her.

"I request you people with folded hands to go ahead and ban me, kyuki main nahi chahti ke meri wajah se tum logo ke ghar mein chulha jale (because I don`t want you guys to earn your livelihood on my name)."

On July 7, during a press event organised for her upcoming film 'Judgementall Hai Kya', the actor lambasted a reporter for writing "dirty things" about her film 'Manikarnika', which marked her directorial debut.

Following this, the Entertainment Journalists` Guild of India boycotted the actor and denied giving her media coverage.

While Ekta Kapoor, the producer of the upcoming film, instantly issued a statement apologising for the incident, with her recent social media post, Kangana Ranaut has made it clear that she is not in a mood to apologise.