However, she talked to Samuel Miranda 287 times in a year which is probably more than Sushant. 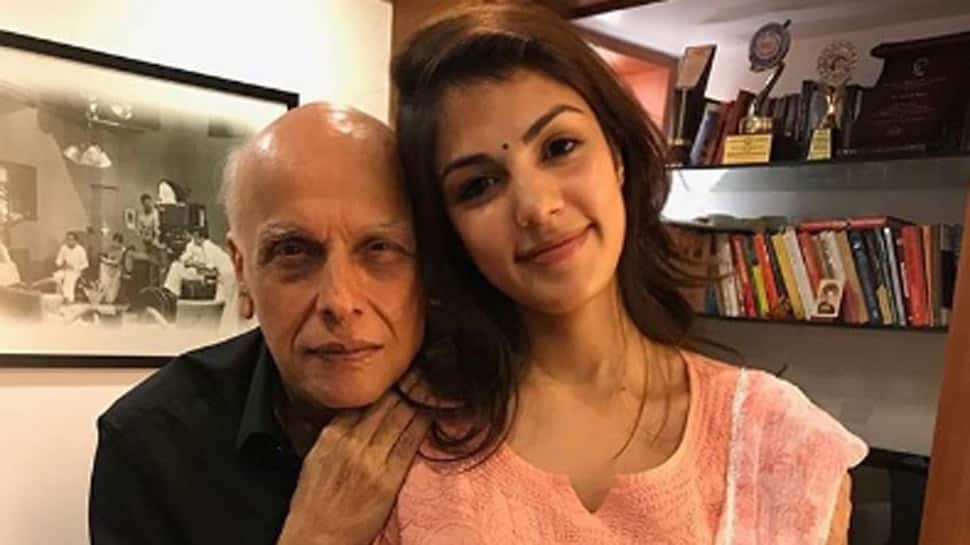 New Delhi: As Bollywood actress, Rhea Chakraborty appeared before Enforcement Directorate (ED) on Friday along with her brother Showik and former manager Shruti Modi, her call details of last one year make some startling revelations.

According to sources in last one year, Rhea talked to her father 1192 times, her brother Showik Chakraborty 1069 times. She had a conversation with Sushant Singh Rajput around 145 times. However, she called Samuel Miranda 287 times in a year which is probably more than Sushant.

With Shruti Modi, Rhea talked 791 times and Siddharth Pithani around 100 times. She also chatted with Deepesh Sawant around 41 times, Sushant's sister Rani only 4 times in a year.

With her mentor and filmmaker Mahesh Bhatt, Rhea Chakraborty interacted 16 times in a year over the phone. Rhea called Uday Singh Gauri for 22 times and Bollywood actor Aditya Roy Kapur 23 times. She also talked on the phone with Dream Home Real Estate company which was not once or twice but 23 times in a year.

Interestingly, other important details have also come out. The Mumbai DCP Abhishek Trimukhe and Rhea interacted four times on call and once exchanged a message. From June 21 to July 18, twice the call was made and on the other two occasions, the call was received.

DCP Trimukhe is investigating the Sushant Singh Rajput death case and therefore the call exchange could be related to the probe.

Out of these, once Rhea was called to again come for the recording of statement and once the actress made a call to the DCP over receiving threats on social media.

It has been learnt that from Rhea's father Indrajeet Chakraborty's Vodafone number 230 times incoming and 660 times outgoing calls have been made.

Also, Samuel Miranda's number was with Sushant, therefore, the call details on Miranda's name actually belong to the late actor.