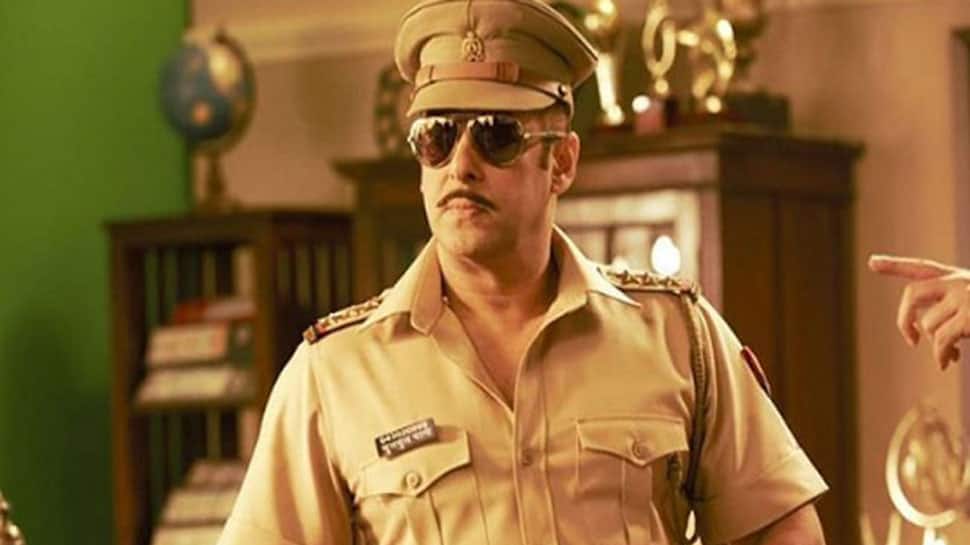 New Delhi: Superstar Salman Khan took to his social media handles and announced the release date of his upcoming venture 'Dabangg 3'. The film will be hitting the screens on December 20, 2019. Sonakshi Sinha is back as Rajjo in the third instalment of the franchise.

The actor will be seen reprising his Robinhood character Chulbul Pandey on-screen. A few days back, the actor was shooting in Maheshwar, Madhya Pradesh and the fans spotted him on location thanking their stars.

'Dabangg 3' is helmed by ace choregrapher turned director Prabhudheva. It is produced by Arbaaz and Salman Khan.

Besides Dabangg 3, the actor will be seen in Ali Abbas Zafar's 'Bharat' opposite Katrina Kaif in the lead this year. The movie is set to release on Eid, June 5, 2019. It brings back the blockbuster trio of the lead actors and the filmmaker.

Is Janhvi Kapoor dating Ishaan Khatter? Here's what the actress has to say