Bollywood superstar Shah Rukh Khan celebrated his 54th birthday on Saturday. Wishes poured in for the most-revered actor in the industry but his friend and Bollywood actor Salman Khan had the most extravagant wish for the actor. 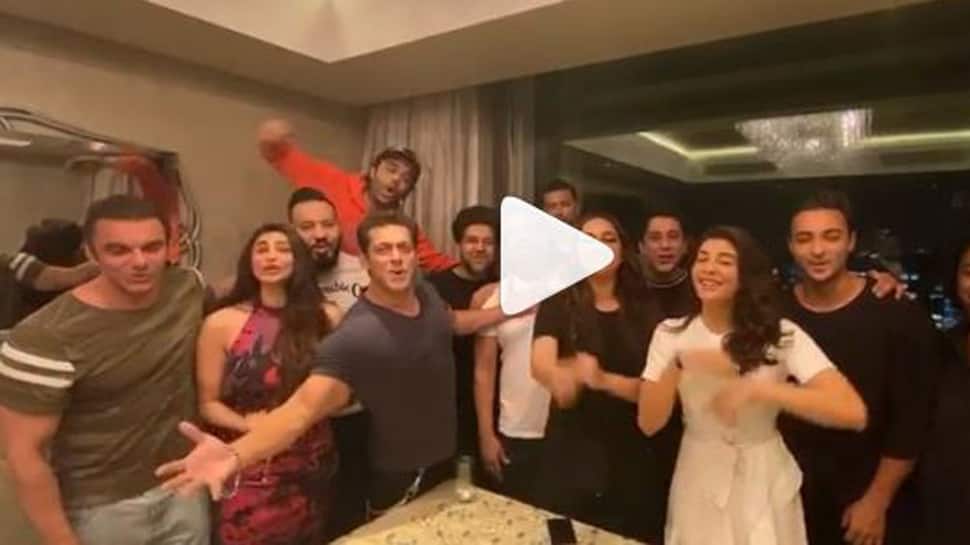 New Delhi: Bollywood superstar Shah Rukh Khan celebrated his 54th birthday on Saturday. Wishes poured in for the most-revered actor in the industry but his friend and Bollywood actor Salman Khan had the most extravagant wish for the actor.

Salman Khan took to social media to share a video for SRK in which he can and his Da-Bangg team can be seen crooning the birthday song for Shah. The video features Sonakshi Sinha, Jacqueline Fernandez, Daisy Shah, Aayushan Sharma, Sohail Khan, Maniesh Paul. In the end of the video, Salman can be heard saying, "Abbey kitne phone kiye, phone toh utha leta mera." He captioned the video as, "Happy bday khan Saab. . Hamare industry ka king khan @iamsrk."

To which Shah Rukh replied, " "@beingsalmankhan Thank u bhai. Aapko bahut miss kiya aaj. But you were making people happy in Hyderabad which is my mom’s city! Love you and thanks for the wishes. Come back fast so I can get a birthday hug from you."

Fans thronged Shah Rukh's residence on his birthday and the spared time for all of them and greeted them from his balcony.

On the professional front, Shah Rukh is on a break from his last release Zero failed at the Box Office. The film also starred Anushka Sharma, Katrina Kaif in the lead role. If reports are to be trusted Shah Rukh Khan will do a cameo in Ranbir Kapoor-Alia Bhatt starrer Brahmastra, which is being directed by Ayan Mukerji.