Shah Rukh Khan: I never think of myself as a star

The cine icon ventured into Bollywood with "Deewana" in 1992 after doing TV serials "Fauji" and "Circus". 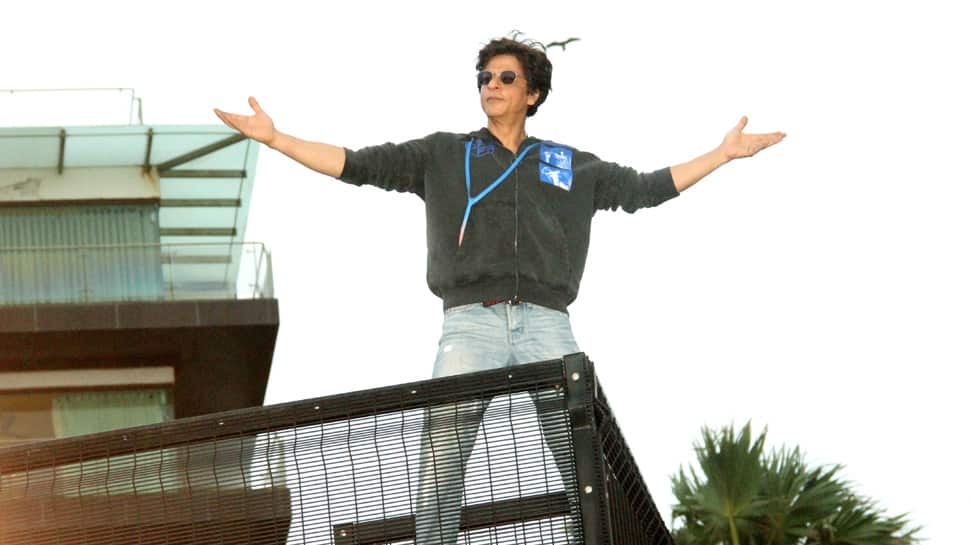 New Delhi: "I am ugly" -- this was Shah Rukh Khan's reaction when he saw himself on the screen for the first time and decided to ditch his plan to get into acting. The superstar says he still has a "hard time" believing his rise to fame, and says he doesn't think of himself as a "star".

"I don't want to show off but I am genuinely a dream come true. I am a lower-middle-class boy, an orphan, who got into the city of glamour, became a movie star and the world showered me with love. This only happens in dreams. I never thought of it, Shah Rukh said at an event here.

"I still have a hard time believing it. I never think of myself as a star, sometimes I have to behave like a star, which is not interesting. But I love my job," he added.

The cine icon ventured into Bollywood with "Deewana" in 1992 after doing TV serials "Fauji" and "Circus".

He is also known for projects such as "Swades", aceChak De! India", "Kuch Kuch Hota Hai", "Mohabbatein", "Om Shanti Om", "Main Hoon Na" and "My Name Is Khan". In the past few years, he has featured in projects like "Fan", "Raees", "Dilwale", "Jab Harry Met Sejal" and "Zero".

"When I saw myself for the first time on screen, this was for the rushes. Rushes are dailies. You shoot the scenes and you see the negatives. That was the time when we had negatives. So, I was looking at 'Raju Ban Gaya Gentleman' rushes in RK Studio. And I realised I am so ugly.

"My hair was so bad! I was doing pathetic acting in front actors such as Nana Patekar, Amrita Singh and Juhi Chawla. Around 4ish, there used to be a flight of Air India that offered 25 per cent discount. I used to get those tickets back in the days. In fact, producers too would book tickets that had discounts. I bought one and went to airport realising that I cannot be an actor. However, Juhi and Aziz (director Aziz Mirza) convinced me saying 'Final would be better'. However, they lied. I never looked better. I kept looking bad. But I feel extremely fortunate as people have loved me so much. I remember initially one of the big things for me was that 'Main Dilli wala hoon aur Dilwala hoon.' Everybody here (in Delhi) treats me like their own. I have always said I can never feel like a star here. I only come for love here," he said.

Shah Rukh expressed his views during the curtain fall of PVR Anupam here on Thursday.

The actor says some of stars are also to be blamed for rising ticket prices.

"This whole onus upon keeping ticket pricing which is rising so fast, obviously some of us stars are also to be blamed, because we keep our ticket prices high when we release them on weekends. Movies have become expensive," he said.

The actor continued: "There are all kinds of platforms that give you a different choice too. But movie theatre is the real romance. They are the real celebration (of cinema.) In fact, theaters are a place where a community gets together. There are two things I always tell when someone asks me if cinema/theatre is going to prosper and I say, 'Hum akele ro nahi sakte, hum akele hass nahi sakte.' And as long as that is true about humanity, cinema theatres will prosper.

"The day we can cry or laugh all alone that is the day when theatre business will shut. We do need a lot more theatres in the country. Instead of having 3-4 crore people watching cinema, I want the scenario to reach a place when 20-22 million people watch the film when it releases."