Recently, she appeared on Voot's show titled 'Feet Up with the Stars Telugu' hosted by Lakshmi Manchu and made some startling revelations about her personal life. 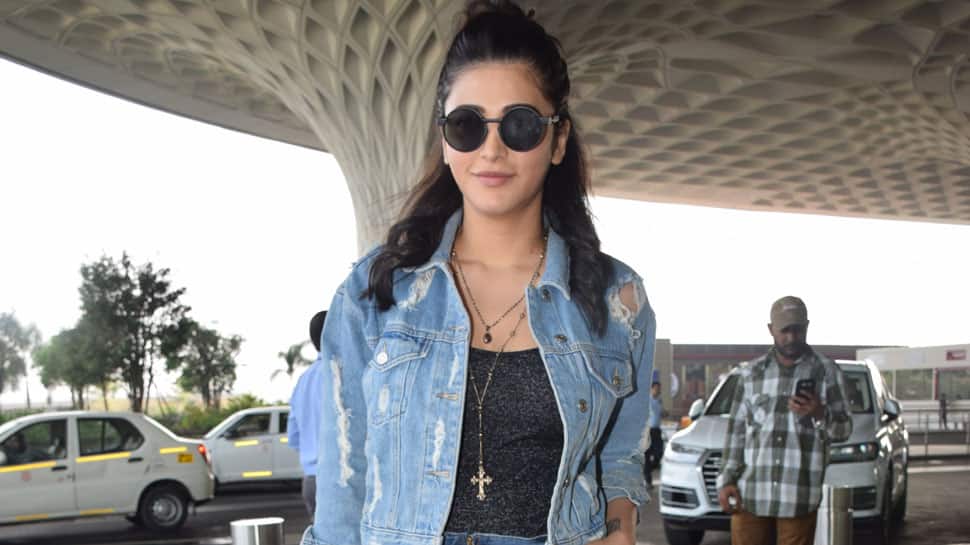 New Delhi: Actress Shruti Haasan is a popular name in both Bollywood and down South film industry. Recently, she appeared on Voot's show titled 'Feet Up with the Stars Telugu' hosted by Lakshmi Manchu and made some startling revelations about her personal life.

Pinkvilla.com quoted the actress as talking about her love for whiskey and how she has is now staying sober. “Yeah, I was a big-time whiskey lover. I have taken a break and decided to stop everything. This is a new change for me. Actually, I was unwell and I did not tell anybody. I thought it is personal and I did not share my illness with outsiders or friends. I underwent a medical condition and was trying to heal myself.”

Adding more, Shruti said, “I don't care what other people have to say. I took one-year’s break because I’ve been doing the same and similar roles. In fact, I have only one type of connectivity with my audience. But I strongly feel if I have a healthy mind and a healthy body, I can deal with everything going on in the outside world.”

Shruti also talked about her personal life and break-up with boyfriend Michael Corsale on the show. She said, “I was the cool type. I was very innocent and everyone would boss around me. I am a very emotional person that's why they could take over. I would say, it was a very good experience for me.”

“Even now there is no formula. Good people are good at good times and the same people are bad at times. But I have no regrets. It was overall a good experience for me. I have learned a lot and it was a learning experience. But I always look for that one great love and I will be happy to announce that this is the one I have been waiting for”, she said.

When asked about her expectations from relationships now, she said, "It's not a romantic cinema love. We know we are in cinema. Honestly, it's between two people who grow together for each other. World is full of judgement, so we should be able to understand and communicate with each other."

On the work front, Shruti is busy with Tamil movie Laabam which is being helmed by SP Jananathan and Hindi film 'Power' which is directed by Mahesh Manjrekar. Both the projects are currently being filmed.

Kim Kardashian gets vocal about 'balance of sharing' on social media