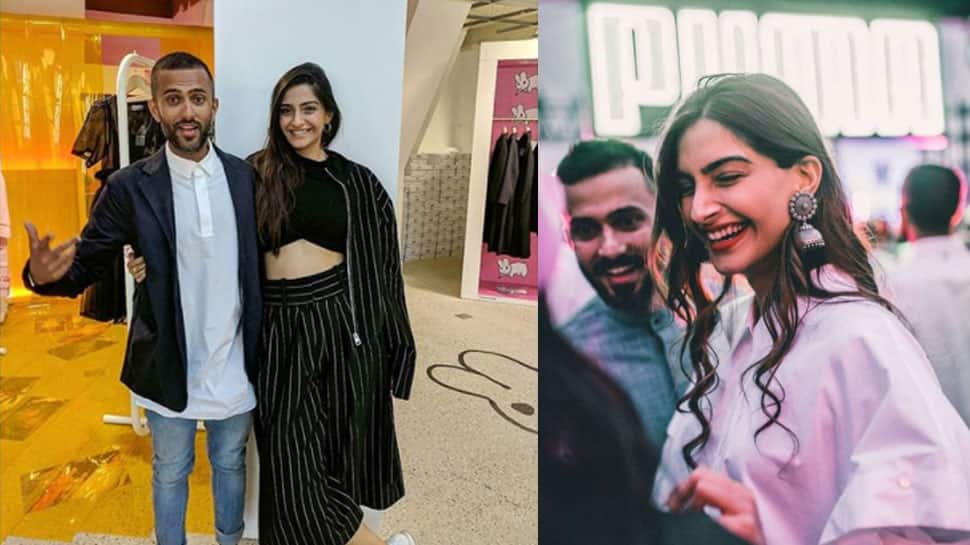 New Delhi: Bollywood's very own fashionista Sonam Kapoor is known for speaking her mind and she never really minces her words. Noted actor Anil Kapoor's daughter has a huge fan following and has a string style sense.

Sonam in an interview with HuffingtonPost was talked about various things—her choice of films, directors and personal relationship. When quizzed about her marriage rumours with beau Anand Ahuja, Sonam gave the quirkiest response.

She said, "I am getting married in Timbuktu on a unicorn". Adding further, "I'm shooting non-stop, where's the time to get married?"

Well, Sonam and Anand have often been spotted hanging out together and chilling with friends-family but neither of them has made their relationship status public. Sonam was last in Akshay Kumar starrer 'PadMan' and will next be seen in Ranbir Kapoor's 'Dutt' biopic which is based on the life of superstar Sanjay Dutt.

After Anushka Sharma and Virat Kohli's high profile wedding, all eyes are now set on who's the next couple in B-Town to take the plunge.

Will it be Deepika Padukone-Ranveer Singh or Sonam Kapoor-Anand Ahuja?