"Sooryavanshi" is co-produced by Rohit Shetty and Karan Johar, in association with Reliance Entertainment and Cape Of Good Films. It is scheduled to release on March 27 next year. 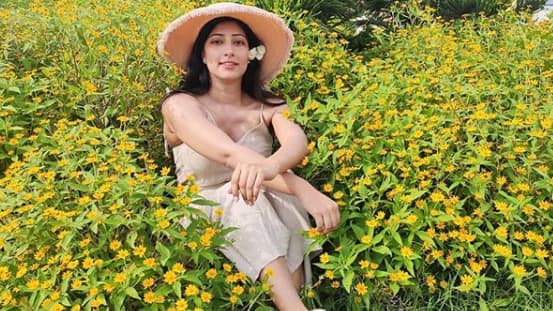 Mumbai: Budding actress Niharica Raizada, who will next be seen in the Akshay Kumar-Katrina Kaif starrer "Sooryavanshi", has said that the cop-action drama will be a gamechanger for her, adding that she learned a lot while shooting for the film and it has helped her to grow as an actor.

"I feel Akshay Kumar and Katrina Kaif are two very good looking people and their presence on screen is what makes everyone's mouth drop. I am so happy to be a part of 'Sooryavanshi', I think this film will be a gamechanger for (the film's director) Rohit Shetty, his team and for me as well," said Niharica.

A recent schedule of the film saw the coming together of the three-reel cops Rohit Shetty has created so far -- Ajay Devgn as Bajirao Singham (his character in the "Singham" films), Ranveer Singh as Sangram Bhalerao (Simmba), and Akshay Kumar as Vir Sooryavanshi, the character he essays in 'Sooryavanshi".

She added: "Watching Ranveer Singh nail his performance in one take is a 'passion push' for any actor. Ranveer Singh defines passion for cinema. He is a true talent."

Niharica is reportedly playing the role of an ATS officer in the film. Talking about her character, she said: "I have gone through extensive physical training to look my part. I have also attended a reading and other workshops to get into the skin of my character. I think I have learnt a lot while working in this film and it has definitely helped me to grow as an actor."

The schedule comprised of action sequences. Praising her director's action team, Niharica said: "I am very impressed by the action team that Rohit Shetty has hired. They make sure that safety comes first."

"Sooryavanshi" is co-produced by Rohit Shetty and Karan Johar, in association with Reliance Entertainment and Cape Of Good Films. It is scheduled to release on March 27 next year.

Jennifer Aniston joins Instagram, has over 200k followers in 1 hr