Swara Bhasker campaigns for Kanhaiya Kumar on her birthday

On her birthday on Tuesday, actress Swara Bhasker flew to Patna to lend support to CPI candidate Kanhaiya Kumar by campaigning for him in Begusarai. 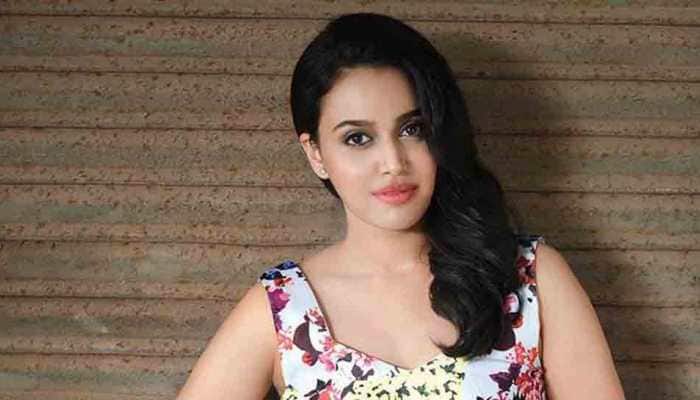 Mumbai: On her birthday on Tuesday, actress Swara Bhasker flew to Patna to lend support to CPI candidate Kanhaiya Kumar by campaigning for him in Begusarai.

Swara wanted to be by Kanhaiya's side when he files his nomination papers for the Begusarai Lok Sabha seat.

"It is a rather unusual way of spending one's birthday. But Kanhaiya is a friend and I think he is fighting an important battle on behalf of us all. If he wins, it will be a victory for Indian democracy," Swara said in a statement.

"I've never been part of a political campaign before so I literally have no idea what to expect," added the actress, who has been vocal about her socio-political stance.

Swara said she feels "aligned to Kanhaiya's views as a rational and patriotic citizen of the country".

"Kanhaiya raises issues that concern all Indians -- issues like the threat to the Constitutional values and to the Constitution of India, unemployment, the rise of mob violence, the need for social justice and the need to focus on issues that will better the lives of all Indians. I think as responsible and patriotic Indians we should all feel aligned to this ideology/or thought process."

Talking about her birthday memories, she said: "My most memorable birthday was in 2012 on the sets of 'Machhli Jal Ki Rani Hai'. The producers made sure that I had a very special day.. I think I cut some eight cakes that day and we had a rocking party that night."

On the professional front, the actress says she is busy with projects for her production venture Kahaaniwaaley.

"I'm also finishing writing a script which I hope will go on the floors this year. So that's a target of acting in two films this year," she added.

Madonna to get $1 mn for performing two songs