In the latest picture, shared on Instagram by a fan club of Kareena Kapoor, Taimur is seen enjoying a swing in the garden. The little munchkin is currently holidaying with his family in England. 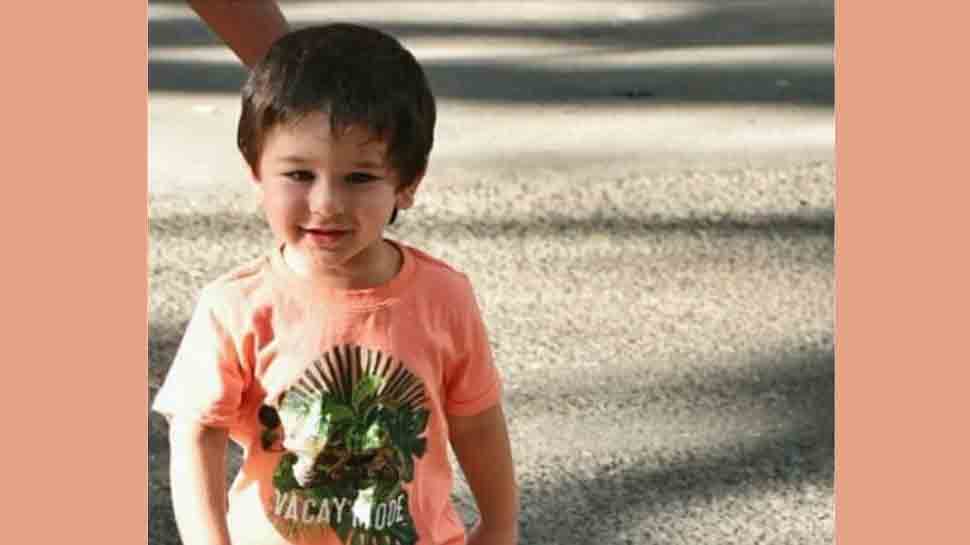 New Delhi: Saif Ali Khan and Kareena Kapoor's adorable son Taimur Ali Khan is internet favourite child. Taimur is already high on the popularity charts. He is one such star kid who enjoys a fan base equal to his parents. The internet loves him and his pictures easily go viral leaving the fans weak at the knees. The shutterbugs love clicking his pictures as and when Taimur is spotted anywhere.

And though, Baby Tim is away from the city, chilling out with his family members in a village in England, his pictures from the foreign land are finding their way to the internet, creating a frenzy among netizens.

In the latest picture, shared on Instagram by a fan club of Kareena Kapoor, Taimur is seen enjoying a swing in the garden. The little munchkin is dressed up in a green tee and multi-coloured shorts and is seen smiling at the camera. 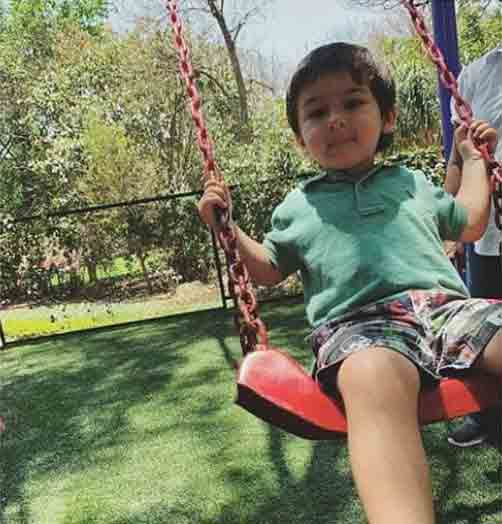 Taimur is the biggest superstar in his family. Even years before the young Pataudi makes his big debut, he has been chased by the paparazzi more than some of the A-listers. His pictures sell like hotcakes and go viral on social media in no time. Although Saif and Kareena have expressed their displeasure over the constant media attention that their son gets, the frenzy around him doesn't seem to die down anytime soon.

Speaking of work, both Saif and Kareena's kitty  are full of projects. Kareena is all set to make her debut on television as a judge on dance show 'Dance India Dance'. She has finished shooting for 'Good News' and is awaiting the film to arrive in theatres. She is also expected to begin shooting for 'Hindi Medium 2' with Irrfan Khan in London shortly.

Apart from these, Kareena has Karan Johar's period-drama 'Takht'.

On the other hand, Saif has begun filming 'Jawaani Jaaneman' in London with Alaia Furniturewalla. He also has films like 'Laal Kaptan', 'Dil Bechara', 'Taanaji: The Unsung Warrior' and 'Bhoot Police'.