Wearing a basic white tank top with blue jeans, Alia Bhatt gave her airport look a classy touch by pairing it with a coral jacket and maroon thigh-high boots.

New Delhi: Bollywood actress Alia Bhatt steps out in public and makes headlines. The 'Raazi' star has time and again left us impressed with her fashion choices. Be it opting for a stunning ball gown at IIFA or flaunting her 'Desi Swag' at Diwali celebrations, the actress looks gorgeous always!

She was recently spotted at the Mumbai airport and was seen in the perfect winter couture.

Wearing a basic white tank top with blue jeans, Alia gave it a classy touch by pairing it with a coral jacket and maroon thigh-high boots.

She let her hair fall loose and opted for a no-makeup look. 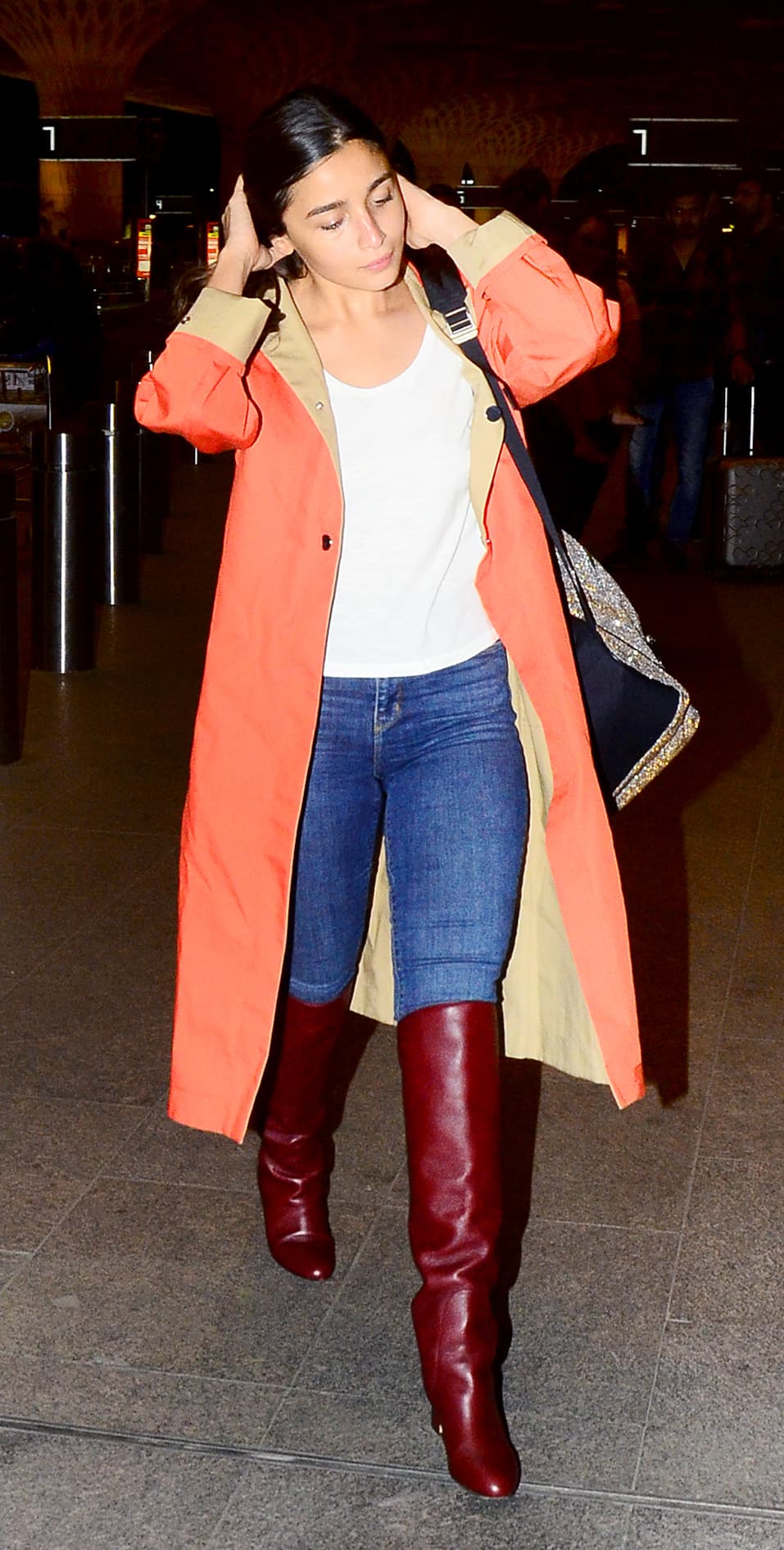 On the work front, she will be seen with her beau Ranbir Kapoor in 'Brahmastra'. The couple is reported to have fallen in love on the film's sets, which is why all the 'Raila' fans are routing for it. The film also stars Amitabh Bachchan and Mouni Roy. It has been helmed by Ayan Mukerji and is high on the buzzword ever since it was announced. Only recently, superstar Shah Rukh Khan also joined the cast of the film and will be seen in a cameo role.